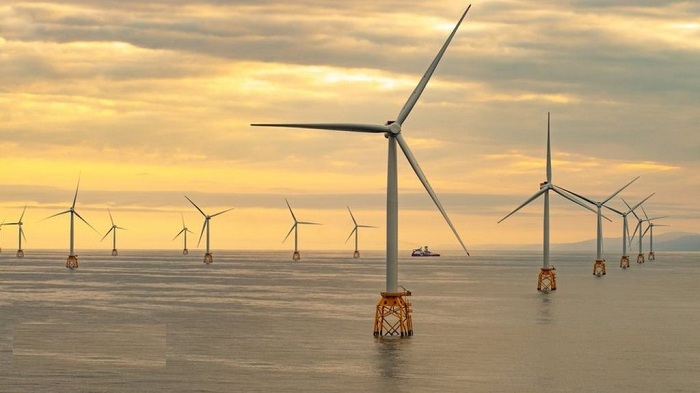 Iberdrola and Vestas have signed a contract to supply 50 units of the offshore wind turbine V174-9.5 MW for the Baltic Eagle project being developed off the island of Rügen, in German waters of the Baltic Sea. Both parties have also signed a contract for Service and Maintenance of the new turbines.

With 476,25 megawatt (MW) installed capacity and spanning a 40 km2 area, Baltic Eagle is the second major offshore initiative undertaken by the company in Germany, one of its key strategic markets, following the successful installation of 350-MW Wikinger wind farm in 2017. Iberdrola is planning to further increase their installed capacity in Germany until end of 2026 to more than 1,1 GW.

Lying some 75km off the coast, Baltic Eagle will be connected to Lubmin substation through 2 new HV cables to be laid by 50Hertz. Together with Wikinger, it will give rise to the largest offshore wind complex in the Baltic Sea, with over 826 MW joint installed capacity and €2.5 billion total investment. While boosting the company’s renewables Baltic Sea Hub will act as a centre for offshore and onshore services, as well as providing local content for Iberdrola’s projects in the Germany and the Baltic coastal countries.

The complex, which will be operated from the port of Mukran on the island of Rügen, will produce enough energy to meet 45% of the total electricity consumption of the state of Mecklenburg-West Pomerania and it will displace 1.65 million tons of CO2 emissions per year, thus contributing to Germany’s emission reduction targets.

Iris Stempfle, Iberdrola’s country manager in Germany, said: “There will be synergy effects in our projects, especially through joint maintenance campaigns and the use of the excellent infrastructure in Sassnitz. Investment costs are falling due to technical advancements along the entire value chain and the strong know-how of the offshore industry, which has matured over the past few years. Offshore wind energy will be an important component of an economically reasonable energy transition. However, we need stable framework conditions to plan and deliver our investments.”

“Vestas is delighted to be bringing our V174 offshore turbine technology to the European market through the Baltic Eagle project,” said Johnny Thomsen, GSVP of Global Offshore Commercial at Vestas. “Baltic Eagle will be the largest project Vestas has installed offshore in Germany, once completed in 2024. We’re pleased to be beginning our offshore partnership with Iberdrola on this significant project for Germany.”

Bringing down the cost of offshore wind technology

Iberdrola continues to use technological innovation to deliver utility-scale renewable projects which combat climate change and drive economic and social development in the territories where it operates. Through Baltic Eagle, it is also trimming down the cost of offshore wind power, after a successful bid in the second offshore tender organised by Germany’s Federal Network Agency (Bundesnetzagentur), thanks to the more efficient MHI Vestas 9.5 MW platform.

Based on proven technology, track record and field experience, this V174-9.5 MW turbine has the industry’s largest commercially proven rotor size and most powerful output, with 174-m rotor blade diameter and a hub elevation of 107m above sea level. The deal foresees delivery and installation of the wind turbines in 2024.

With a strong and extensive pipeline, offshore wind has consolidated as a core business for Iberdrola, key to its future growth which is based on operational excellence and efficiency. The company has 1.3 GW installed and is progressing with the construction of a further 2.6 GW. The significant expansion of the offshore wind pipeline over the past twelve months – 20,000 MW at the end of the quarter – bolstered by new growth markets with high potential, such as Japan, Poland, Sweden and Ireland, will enable the group to have 12,000 MW offshore wind in operation by 2030.

The Group operates the 389-MW West of Duddon Sands (WoDS) offshore wind farm in the Irish Sea (since 2014), 350-MW Wikinger in the German Baltic Sea (since 2017) and the 714-MW East Anglia One in British waters in the North Sea (since 2020). At different stages of planning and development are 496-MW Saint-Brieuc project, off the coast of Brittany in northern France, which will use sixty-two Siemens-Gamesa turbines each with 8-MW unit capacity; 800-MW Vineyard Wind, a joint venture with Copenhagen Infrastructure Partners, off the coast of Massachusetts; and Baltic Eagle. 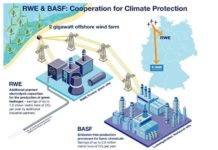 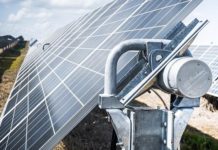