Wind turbines that will be delivered by Siemens Gamesa are considered to be seven times more powerful than the turbines installed in the country two decades ago.

The initiative is part of the company’s renewable energy strategy in Spain, which aims to install 3,000MW clean energy generation capacity by 2022 using advanced technologies to increase the competitiveness and sustainability of its projects.

Located in Burgos province, Herrera Complex will include three wind facilities, La Huesa, Valdesantos and Orbaneja. They will have a combined installed capacity of 63MW distributed between 14 wind turbines.

Orbaneja will feature seven wind turbines and will have an installed capacity of up to 31.5MW, while La Huesa will be equipped with four turbines.

Valdesantos wind facility will be built in Estepar and will feature three wind turbines with a total installed capacity of 13.5MW.

In addition, the Spanish utility will build Fuenteblanca wind farm within the close proximity to complete a 73MW wind farm complex and will be equipped with three SG 3.4-132 wind turbines.

Earlier this month, Siemens acquired Iberdrola’s 8.1% stake in Siemens Gamesa for €1.1bn ($1.2bn). Siemens Supervisory Board has approved the deal.

As part of the deal, Siemens will acquire the shares for a purchase price of €20 a share.

The acquisition will be funded from Siemens’ own resources and will settle legal disputes with Iberdrola. 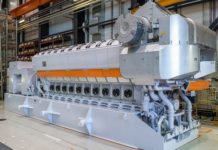 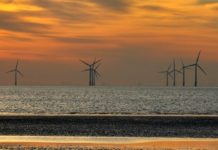