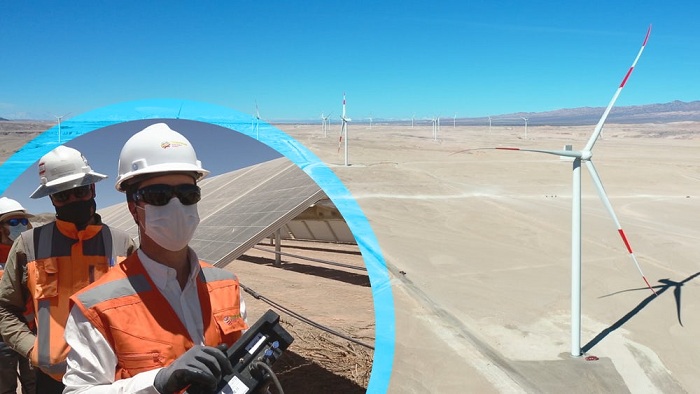 The company’s new platform, called Nazca Renovables, will be made up of six wind and solar farms, and may look to integrate large-scale batteries and storage systems.

In a major expansion of its presence in Chile, Mainstream Renewable Power today announces plans for Nazca Renovables – a new, hybrid renewable energy platform with more than 1 Gigawatt (GW) of capacity.

The clean energy generated by the platform will avoid the emission of more than 1.1 million tonnes of CO2, around the equivalent of every one of Chile’s 18 million people planting a tree.

Humboldt, the first of these, will provide 255 MW of clean energy via the Tata Inti Solar Farm and the Entre Ríos Wind Farm, with construction expected to begin in mid-2022.

Today’s announcement is a major expansion of Mainstream’s presence in Chile – the new Nazca Renovables platform builds on the strengths of the 1.35 GW Andes Renovables platform, which recently saw its first portfolio, Condor, begin supplying electricity to the grid.

Already, by 2022, Mainstream expects to provide 20 percent of electricity required by Chilean consumers as the Andes Renovables portfolio comes online in its entirety.

This new platform will grow Mainstream’s importance as a provider of renewable energy in the country by powering more than 1.2 million homes when it is fully operational.

“The six new projects will help bring investment and employment across the country, consolidating Mainstream’s leadership in one of Latin America’s most advanced markets for renewable energy.

“We’re very excited by the pace of our developments in Chile and will draw on our significant experience with the Andes Renovables platform to ensure Nazca is a similar success.”

Mainstream is also exploring incorporating hybrid solutions as part of the platform, such as storage systems with large-scale batteries located at the various assets.

This would build on Mainstream’s history of realising and commercialising emerging technologies, which includes the recent agreement to explore the development of green hydrogen and low-cost ammonia production in Chile.

This is the second such deal within a month for Mainstream in Chile, following the signing of a PPA to supply power from the Copihue phase of the Andes Renovables platform.

Mary Quaney, Mainstream’s Chief Executive Officer, said: “Not only is this platform a significant expansion for Mainstream globally, but it is a prime example of the new possibilities the company is developing through renewable energy agreements with private clients.

“Flexibility and reliability are key for such clients – and our exploration of integrating storage and batteries shows how we are adapting to the needs of our customers and the energy transition.”