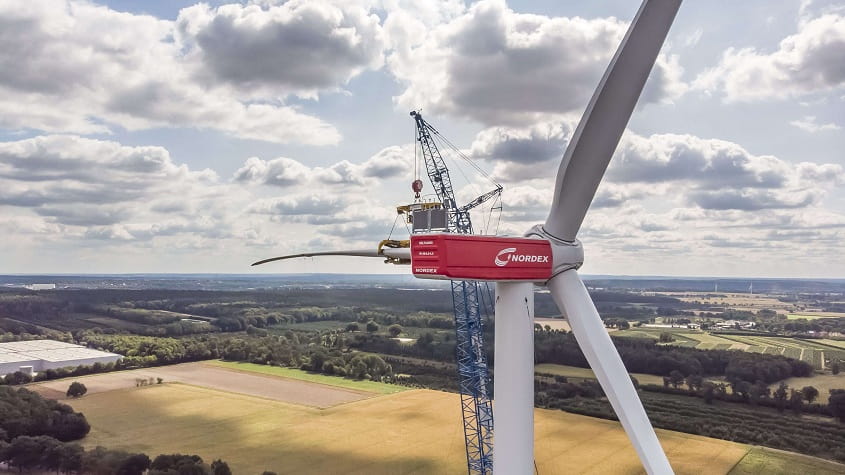 Ignitis Group, the Lithuanian state energy holding company, has contracted the Nordex Group to supply 14 N149 / 4.0-4.5 wind turbines. The Delta4000 series wind turbines are planned for the 63 MW “Mazeikiai” wind farm in the north-west of the country. The contract also includes a 15-year premium service contract for the turbines.

The Group has installed more than 32 GW of wind power capacity in more than 40 markets and generated sales of around 4.6 billion euros in 2020. Currently, the company has more than 8,500 employees. The Group’s manufacturing network includes factories in Germany, Spain, Brazil, the United States, India and Mexico. Its product portfolio is mainly focused on onshore turbines in the 4 to 5.X MW class that are designed to meet the market requirements of countries with limited available space and regions with limited grid capacity.