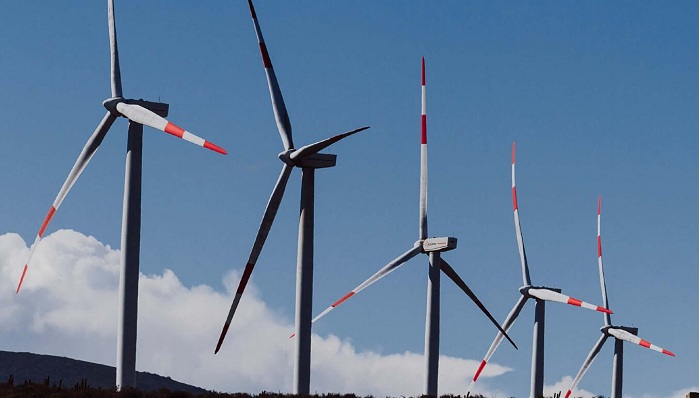 Dumat al-Jandal is the region’s largest wind farm, and is made up of 99 wind turbines, each with the capacity to generate electricity for up to 70,000 homes in the kingdom

The 400-megawatt (MW) utility-scale wind power project is being developed by a group led by EDF Renewables and Masdar, two of the world’s leading renewable energy companies.

The project has created more than 600 jobs during the construction phase only, according to Al Arabiya.

“The outstanding commitment shown by our teams and contractors with the implementation of the highest health and safety standards and the full support provided by the Saudi Arabia Ministry of Energy, Saudi Power Procurement Company [SPCC] and the Saudi Electricity Company [SEC] have contributed to the successful execution of the project during this extremely challenging pandemic period,” Olivier Marchand, project director of Dumat al-Jandal Wind Co for Energy LLC, said.

“We are now looking forward to successfully reaching, with our partners and contractors, the full commissioning of the project in the months to come,” Marchand added.

The farm is part of the kingdom’s Vision 2030, a reform project intended to diversify the economy and move Saudi Arabia away from its dependency on oil.

Its construction began in September 2019, and the wind turbine erection works are near completion, the Gulf News reported. When complete, the farm will be saving 988,000 tonnes of CO? per year in support of Saudi Arabia’s climate change mitigation goals.

“Masdar is proud to be leveraging its experience in renewable energy to deliver the Kingdom of Saudi Arabia’s first wind farm in collaboration with our partners,” said Masdar’s country representative, Osama al-Othman.

“The successful connection of the project to the electricity transmission grid marks an important milestone for this landmark project in the kingdom and we look forward to project’s completion in the near future.”