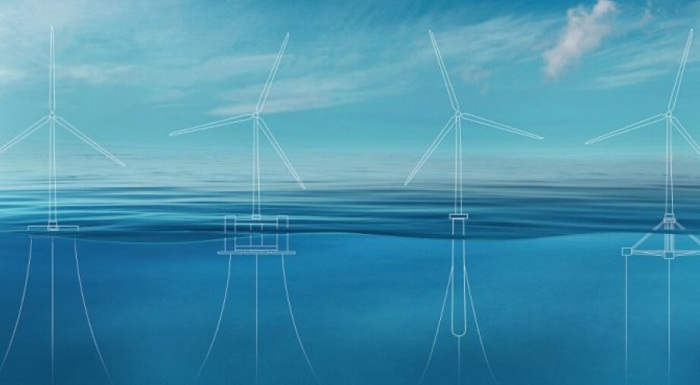 A joint venture has been officially established centered on the development of a large floating offshore wind farm off the coast of South Korea.

The major oil and gas shells hold an 80% stake in a JV called MunmuBaram, with the remaining 20% ??held by Coens Hexicon. The latter is itself a joint venture between South Korean-based COENS and Swedish company Hexicon.

In a statement earlier this week, Shell said the project was in the process of being described as a “feasibility assessment stage.” When constructed, the 1.4 gigawatt wind farm will be located 65-80 kilometers from Ulsan, a coastal city and industrial center in the southeastern part of the country.

The water depth of the proposed facility, which will be developed in stages, ranges from 120 meters to 160 meters. It is expected to generate 4.65 terawatt-hours of energy annually and power more than one million households.

“Shell sees offshore wind energy as an important part of the Net Zero energy system, both in South Korea and around the world,” said Jonai, general manager of Shell’s offshore wind Asia, Wednesday.

The official establishment of the MunmuBaram venture begins with South Korean authorities targeting carbon neutrality by 2050. South Korea is aiming to develop 12 gigawatts by increasing its share of renewable energy in power generation from 7.6% in 2017 to 20% in 2030. Offshore wind capacity by 2030.

Shell is not the only large company involved in projects focused on floating offshore wind. Last month, it was announced that RWE Renewable Energy and Kansai Electric Power Co., Inc. have signed an agreement to consider the feasibility of a large-scale floating offshore wind turbine project in the waters along the coast of Japan.

One of the advantages of floating offshore turbines is that they can be installed in the deep sea compared to fixed bottom turbines. Carbon Trust, an advisory firm, said:

Shell is working on a renewable energy project and says it wants to be a net zero emissions company by 2050, but continues to be an important producer of fossil fuels. In February, the company confirmed that total oil production peaked in 2019 and said it expects total carbon emissions to peak in 2018, reaching 1.7 gigatons per year.