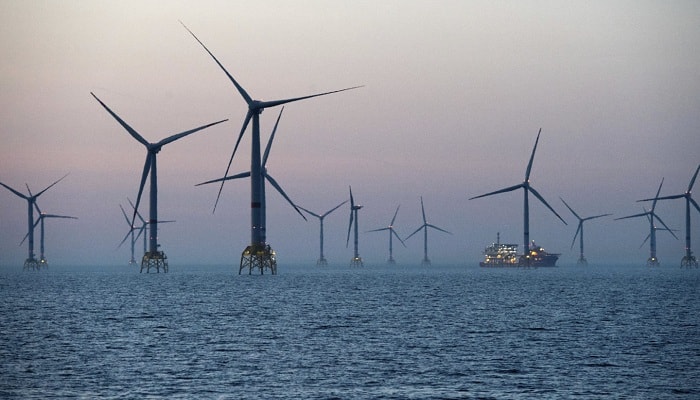 EOLFI was founded in 2004 and has a current portfolio of 145MW solar and 1GW onshore wind power. Since 2012, the company has focused on floating offshore windfarms in France and is part of a project with MHI Vestas to develop the pilot Groix & Belle-Ile windfarms off the coast of Brittany.

The deal is subject to the standard regulatory and ministerial approvals and should be completed by the end of December 2019.

Shell vice president for offshore wind Dorine Bosman said: “EOLFI has been a pioneer of floating wind development. We believe the union of EOLFI’s expertise and portfolio with Shell’s resources and ability to scale-up will help make electricity a significant business for Shell.”

EOLFI founder Alain Delsupexhe said: “EOLFI joins the Shell group at the time when the market of floating wind is taking off globally.

“EOLFI’s heritage in floating wind combined with Shell’s offshore expertise and global footprint will enable us to expand offshore, but also onshore with our wind and solar projects as part of the Shell New Energies division.”

Shell has moved into the renewable energy sector since it announced that it would invest $2bn a year into new energy schemes in 2018.

In 2019 it rebranded its energy supply business from First Utility to Shell Energy and switched its UK energy customers to 100% renewable energy, whilst Shell New Energies invested in a 20% in Indian solar company Orb Energy in October 2019.

The first operational floating offshore windfarm was the Hywind Pilot Park off the coast of Aberdeenshire in Scotland.

Several companies have signed agreements to develop and build more floating offshore windfarms. Equinor will invest $550m to build the 88MW Hywind Tampen windfarm to power its oil and gas operations in the Norwegian North Sea, whilst Ideol and Taisei signed a memorandum of understanding (MoU) in February 2019 to develop a floating windfarm in Japan.