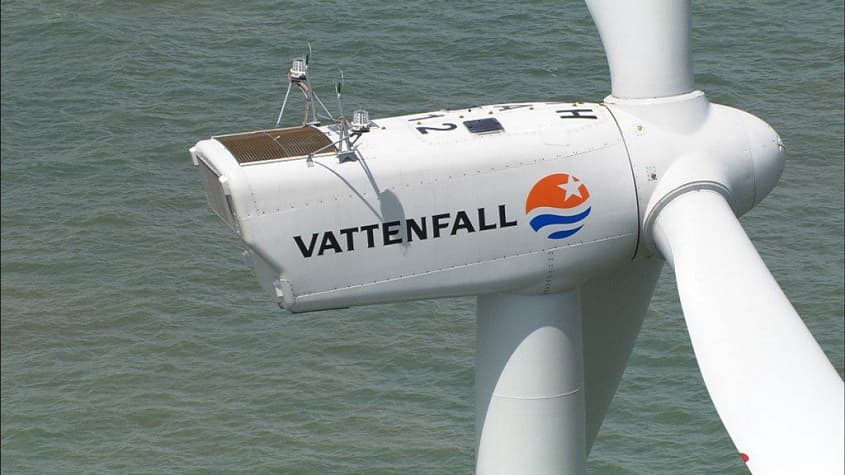 The project will kick off when Vattenfall installs the first of a total of 49 foundations in the North Sea. When the offshore wind farm is complete, it will provide enough power to satisfy the annual electricity consumption of 425,000 Danish households.

It is the first time in five years that an offshore wind farm will be built in Denmark.

“Horns Rev 3 is the first of three offshore farms that Vattenfall will construct in Denmark in the coming years. These wind farms will, in the highest degree, contribute to our strategy to have a fossil free energy production within one generation ,” says Gunnar Groebler, head of Vattenfall´s Wind Business.

The foundations consist of 40-50-metre ‘monopiles’ made of steel, with a diameter of 6.5 metres. The monopiles are driven about 30 metres into the seabed and will support MHI Vestas’ 8.3 MW wind turbines that are presently some of the world’s most powerful turbines.

At the beginning of October, the first four monopiles were loaded onto a special vessel, the Innovation, in the Netherlands and driven into the seabed. The next four monopiles will then be loaded in the Danish Esbjerg Harbour in mid-October.

The construction work will take place in an 88 square kilometers area in the North Sea, at least 34 km off the west coast of the Danish Jutland Peninsula.
Before the construction could begin, seabed preparations had to be carried out, including a geological survey and a subsequent detonation of old naval mines. Due to noise concerns, a support vessel is being used to place an air bubble installation on the seabed around the construction site. The installation creates a sound-absorbing, double layer of air bubbles that protect marine mammals in the area.

In addition to Horns Rev 3, Vattenfall will construct the Danish Kriegers Flak and Vesterhav South and North wind farms in the years ahead.

The farm has a total capacity of 406 MW

Vattenfall is a Swedish, state owned, energy company with more than 20,000 employees with operations in Sweden, Germany, the Netherlands, Denmark, UK and Finland. Vattenfall supports the transition to a renewable energy system and has the objective to become leading in sustainable energy production and thereby secure a reliable and cost effective energy supply.