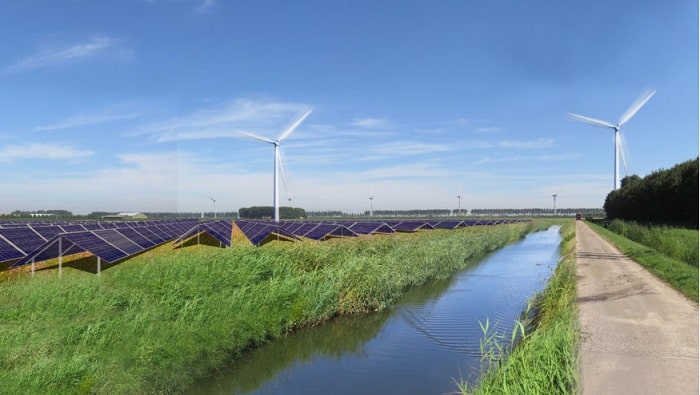 Martijn Hagens, CEO Vattenfall Netherlands: “With the construction of the first subsidy-free offshore wind farm in the world we are starting a new chapter, demonstrating that this market is becoming mature. I am extremely proud of the step we’re now taking, bringing Dutch households and our industrial partners another step closer to fossil free living.”

Vattenfall wants to enable fossil-free living within one generation. Wind plays an important role in realising these ambitions. Currently Vattenfall operates over 1200 wind turbines and has eight wind farms under construction, both onshore and offshore.

The construction works for Hollandse Kust Zuid start with the installation of monopile foundations. Each foundation is designed specifically for the location where it will be installed. The heaviest and largest monopile weighs 955 tons and is 75 metres long, while the lightest and shortest foundation still weighs 735 tons and is 62 metres long. The monopiles will be installed in water depths varying from 17 to 28 metres.

An installation vessel transports the foundations to their offshore location and positions itself at the exact location. The ship’s crane then lifts the monopile into the water and lowers it until it reaches the seabed at a depth of 17 to 28 metres. Once the foundation is in position on the seabed, a hydraulic hammer is used to drive the pile to the desired depth.

“Over the next few months, we will already install dozens of foundations”, says project director Ian Bremner. “During the winter there is a scheduled break, as sea and weather conditions are often too poor to work safely. In the spring of 2022, construction will resume, and we will install the remaining foundations followed by inter array cables and turbines. The first turbines are currently scheduled to be commissioned in the spring of 2022, with all turbines expected online by summer of 2023.”

Vattenfall is building Hollandse Kust Zuid together with its recently announced partner BASF. The wind farm will be located approximately 18 kilometres off the coast of The Hague and Zandvoort, with the furthest turbines located 36 kilometres offshore. When fully operational, Hollandse Kust Zuid will be the largest offshore wind farm in the world. The 140 turbines have a combined installed capacity of 1.5 Gigawatt.

Vattenfall will make a significant part of the fossil-free electricity generated by the wind farm available to Dutch households and small businesses. BASF will use its part of the production to implement innovative, low-emission technologies at several of its production sites in Europe.