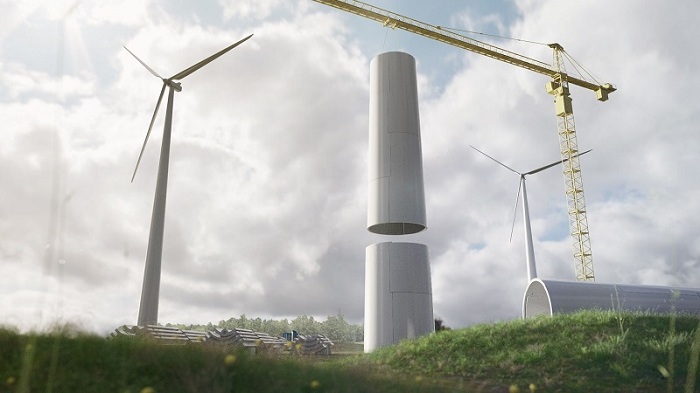 The consortium consisting of the French company EDF Renewables and the Japanese commodities trading company Mitsui & Co. Ltd. announced the launch of the construction of the first phase of the Taza wind farm in Morocco. The two companies had been selected as “preferred bidder” in April 2012 after a call for tenders issued by the Moroccan National Electricity Office (ONE).

This construction site in the north of the country (15 km northwest of the city of Taza) will employ some 500 people and will include the installation of twenty-seven Alstom wind turbines for a total capacity of 87 MW (eventually 45 wind turbines with a capacity of 150 MW on a land of 800 hectares). Financing was provided by the Japan Bank for International Cooperation (JBIC), Nippon Export and Investment Insurance (NEXI), Sumitomo Mitsui Banking Corporation (SMBC), MUFG Bank and the Moroccan Bank Bank of Africa.

The project benefits from a power sales contract (PPA) concluded with the Office nationale de l’électricité et de l’eau potable (Onee) and the Moroccan agency for substainable energy (Masen) for a period of twenty years. “This project confirms our commitment to support the Kingdom of Morocco in its ambitious energy transition policy. It is also part of the EDF Group’s CAP 2030 strategy, which aims to double its renewable capacities worldwide from 28 GW to 50 GW net, between 2015 and 2030”, comments Bruno Bensasson, Executive Director of the EDF Group in charge of the Renewable Energies Division and CEO of EDF Renewables.

This is the “first investment in the renewable energy sector in Africa” of the Mutsui & Co. group, says Kazumasa Nakai, Chief Operating Officer of the Infrastructure Projects Business Unit.

The Taza wind farm is scheduled to come on stream in early 2022 with a production equivalent to the annual electricity consumption of 350,000 people, or 70% of the population of Taza province. The total investment will be 2.41 billion dirhams (222 M€) including 1.5 billion on the first phase.

EDF Renewables represents 60% of the private interests on this file and Mitsui & Co. 40%. Together, they hold 65% of the capital of the project company alongside the four public stakeholders (35%): Onee, Masen and the Hassan II Fund.