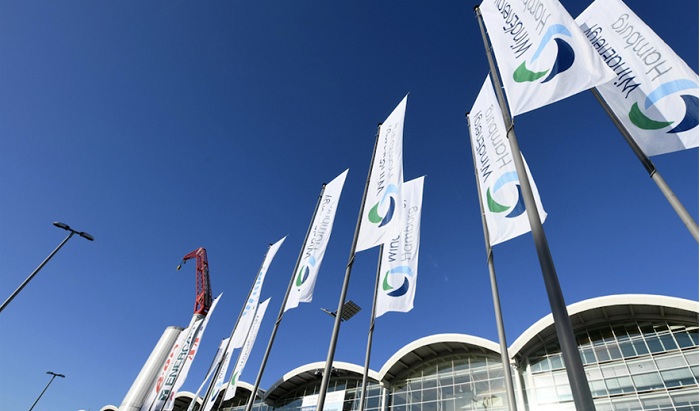 Onshore wind construction is falling behind the pace needed to hit EU targets, according to speakers in the ministerial opening of the virtual WindEnergy Hamburg event (1-4 December).

The EU needs at least 750GW of onshore wind – up from about 174GW today – by 2050 to reach climate neutrality, but will miss this target, WindEurope CEO Giles Dickson told the panel.

But the EU is expected to pass legislation to speed up permitting for wind power in Europe – to within three years for new projects and within two years for repowered projects.

Anja-Isabel Dotzenrath, CEO of RWE Renewables, called for this to be passed by mid-2021. Developers need to see speed, “technology neutrality” and facilitation of repowering in Europe’s permitting legislation, she said.

In the ministerial opening session, Dotzenrath added: “We want to deploy the newest, most effective turbines. This means the optimum number of turbines for local acceptance and emissions output. This needs to be reflected in new permitting processes.”

Joan Groizard, director-general of the Spanish Energy Agency, told the session Spain faces challenges when it comes to permitting for onshore wind, including simplifying its “complex level of multi-level governance” and a scarcity of civil servants.

“We want to make sure that every administration has these very clear timeframes. I would say we are getting there, and most of our projects are being permitted within these timeframes, but we are working towards streamlining it further.”
Offshore challenges

A massive offshore wind build-out will also be needed to reach carbon neutrality in Europe. The European Commission recently unveiled a blueprint calling for 300GW of offshore wind by 2050 – a 25-fold increase from today – but industry has called for more

Johnny Thomsen, CEO of MHI Vestas Wind, identified grid connection and project consenting as some of the barriers facing the offshore wind industry in Europe.

He added: “2030, in offshore wind terms, is just around the corner. We have to make investment decisions in new technology and the supply chain, and we have to think about how we build our organisation and have the right competences in place.

“What we need is transparency and certainty. We need an understanding of how the volumes will develop, what is the rate of deployment and what is the readiness of vessels and ports.

“All of these are the building blocks to make this growth,” Thomsen added. Meanwhile, Gunnar Groebler, senior vice-president and head of wind at Vattenfall, called for policies to be implemented at national level to reach the EU’s lofty ambitions.

He added in a press statement: “The wind industry is in the starting blocks to implement the ambitious European goals for the expansion of renewable energies. Wind on land and at sea will play a leading role in this.

“However, the declarations of intent by politicians must now be quickly followed by concrete measures at the regulatory level, and the permitting processes in particular urgently need more speed.”
Beyond wind

Danish energy minister Dan Jørgensen likened Europe’s carbon neutrality goals to the moon landing. “Then-president Kennedy said we will put a man on the moon not because it’s easy, but because it’s hard,” he told the opening ministerial session.

“It is a huge task, but a task that would lead to so many more positive developments as a consequence of the actual target.

“Something that seems impossible from the start can be done if you allocate the resources and the political will.” Jørgensen added that solutions such as power-to-x – using electricity generation to create other fuels, such as hydrogen or methane – can help decarbonise hard-to-abate sectors such as transport, heating and cooling. “Power-to-x might be the missing piece we need,” he said.”