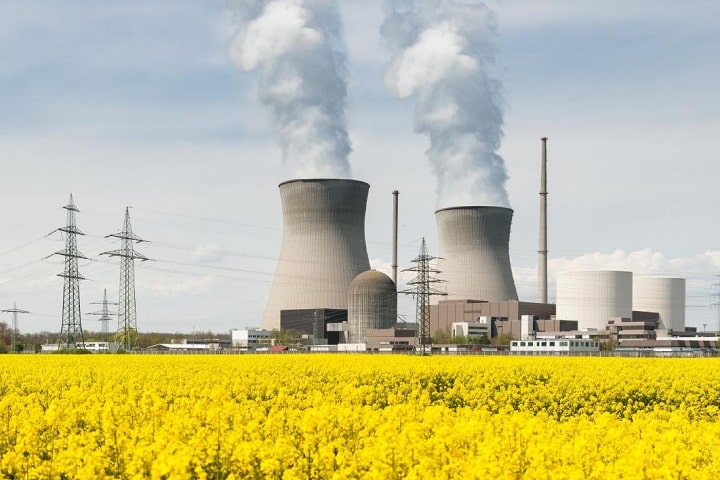 On April 23rd, the U.S. announced their intention to take immediate and bold action to strengthen their uranium mining and conversion industries and to restore the viability of the entire front-end of their nuclear fuel cycle. Utilizing American technological innovation and advanced nuclear R&D investments, America’s goal is to consolidate technical advances and to strengthen American leadership in the next generation of nuclear energy technologies, thereby preventing Chinese and Russian state-owned enterprises from reigning supreme in the global market.

The IEA claims that the world is not on track to meet the energy-related components for a sustainable future. Their first report dedicated to nuclear power in nearly two decades brings this important energy source back into the global energy debate. While many regions were trying to shape up their R&D investments, the European Union was removing itself from the race for civil nuclear geopolitics. They are once again looking desperately to get a seat at the table.

The Euratom Treaty, signed in 1957, was one of the foundations of the EU. After World War II, European states needed abundant and cheap energy which led to the development of civilian use nuclear energy. “Two decades later, this industry was designed and expertly exploited”, explains Samuele Furfari, Professor at the University of Brussels and chair of the Board of Directors of the European Society for Engineers and Industrialists. “Then, we had to face opposition from anti-nuclear activists, which the media overwhelmingly supported, and politicians followed suit”.

Meanwhile, continuing their innovation efforts and convinced of a bright future for nuclear energy, Russia and China started to control uranium supplies and assembly processes. Thus binding with a supplier for the whole duration of the power plant (which is from 50 to 80 years). This left France, which has advanced nuclear know-how, limited to the role of subcontractor.

For Furfari, ”the real problem in Europe is the ever changing environment, the sad public discussions and the unstable legislation”.

Within Europe, albeit somewhat muted, many EU countries have had the tacit energy-support of France, a nation that relies on Nuclear power for 60% of its energy. With neighbouring Germany wholeheartedly committed to the decommissioning of their nuclear power plants, this represents an ideological rift through the heart of the EU. The issue is important, however, not just for the practical issue of creating enough energy for Europe’s population. Until this ideological rift is resolved, it will continue to be a source of discord and disagreement for years to come.

But all is not lost. In recent weeks the industry has started pushing back. In an attempt to get the nuclear topic back on the table, the European Nuclear Industry last week (June 3rd) wrote an open letter to the European Commission, stating that it is ready to play an important part in supporting a low-carbon economic revival- the so-called European New GreenDeal. For them, the energy sector across the EU, with nuclear energy at its core, continues to play an important role in that effort.

Nuclear technology has progressed enormously over the last 60 years or so and its potential is huge. Experts claim that nuclear power generation has a great future, with many companies working on new generation nuclear reactor designs. One of the goalsis that these reactors re-use the spent fuel produced by the present technology, making investing in it worthwhile.

Nuclear industry must first solve 2 major problems: inherent safety and conversion efficiency on one side and waste management on the other side. Scientists are working on it: new reactors intended for more sustainability and economical use, for enhanced safetyand for resisting proliferation are either already there or on the way. New technologies like the helium-cooled high temperature reactor, the accelerator driven thorium reactor or the travelling wave reactor (promoted by Bill Gates), are now emerging.

The nuclear “spent fuel”, commonly and misleadingly called “nuclear waste”, accounting for less than 1 % of total industrial toxic wastes, can be disposed at reactor sites or underground, where it remains dangerously radioactive for tens of thousands of years. Yet another solution exists: by injecting neutrons into the cores of long-living radioactive elements, long-living waste can be transformed by nuclear transmutation into short-living radioactive elements – that one can control much better.

In the long term, nuclear fusion seems to be the way to go: : deuterium, present in seawater at a trace amount of 0.015%, can supply us with energy for millions of years. But the technology is not there yet.

As we are waiting for nuclear fusion to come to fruition, EU decision-makers need to develop an ambitious vision for energy in Europe,recognizing nuclear for the clear and indispensable benefits it can provide to accompany Europe’s energy transition and incentivize more investments in the sector.

In the end, money is the key. As long as fossil fuels remain cheap, investing into other sources of energy doesn’t seem likebeing urgent. Unless Europe begins looking further ahead into its future. Nuclear power holds the promise of a brighter tomorrow; we just need to deal with it in a safe, ethical and responsible way. This responsibility is ours to take.

About Benita Dreesen
Writer, consultant and speaker across Europe, the US, Asia, and Africa on energy& sustainability-related topics. Many of her clients are multinational organizations and mid-sized companies.

Dreesen is known for closely following developments on the energy, environmental and sustainability front at the EU Parliament and EU Commissions in Brussels and Strasbourg. Also watching international organizations such as the WTO, UN, and CIES (Centre for International Environmental Studies) in Geneva. She holds certifications in sustainability from Columbia University and Stanford University. Dreesen just spent 3 years at a leading European multinational to develop sustainability plans for Africa. 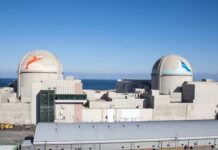 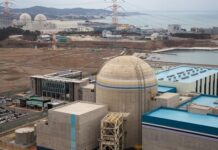 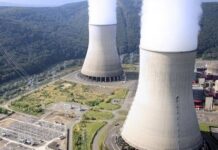