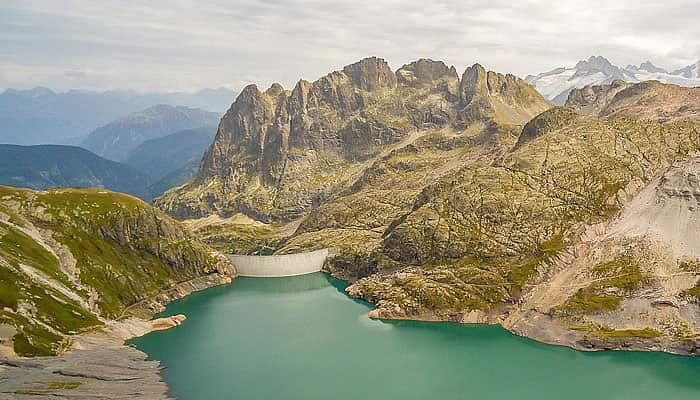 A water battery in Switzerland has been able to store enough electricity to fill 400,000 electric car batteries. In the Swiss canton of Valais, a subterranean cavern has been constructed to house the pumped storage power plant.

The battery will be crucial in stabilising power supplies in Europe and Switzerland since it can generate and store enormous amounts of hydroelectric energy.

What exactly is a water battery?

Hydroelectric energy storage includes water batteries and pumped storage power plants. The battery is composed of two large pools of water that are at different heights.

By pumping water from the lower pool to the higher pool, it can store extra electricity by charging the battery. The flow of water is switched around when electricity is required. A turbine that produces hydroelectric power is rotated by the water flow.

Hydro batteries are particularly helpful for storing excess energy generated by intermittent power sources like wind, solar, and nuclear power. When there is an excess of energy, it is pushed to the top pool where it can later be released to generate energy when it is needed most. Water batteries are currently the form of grid energy storage with the greatest capacity.

What was the purpose of Switzerland’s massive water battery?

The plant can power up to 900,000 homes thanks to its six pump turbines and 900 MW of combined capacity. The 20 million kWh water battery is expected to significantly contribute to the stabilisation of the energy networks in Switzerland and Europe.

The battery can lessen the probability of a grid overflow during times of heavy consumption, such as during heatwaves.

The technical difficulties in creating a water battery

In Valais, between the Emosson and Vieux Emosson reservoirs, the battery is 600 metres underground. Due to significant logistical and engineering difficulties, it took 14 years to complete. The project required the construction of 18 kilometres of tunnels across the Alps.

Building supplies and prefabricated buildings may be transported into the mountain through these tunnels. The massive engine room, which is over 200 metres long and 32 metres wide, is the centre of the plant. The Vieux Emosson dam’s height was raised by 20 metres between 2012 and 2016 so that the reservoirs could hold more water and generate more energy. 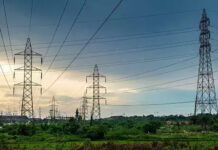 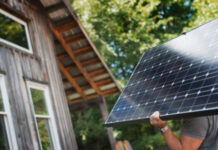 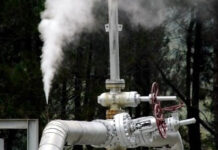 India Seeks A Tough Bill To Reduce Power Debt of $75...