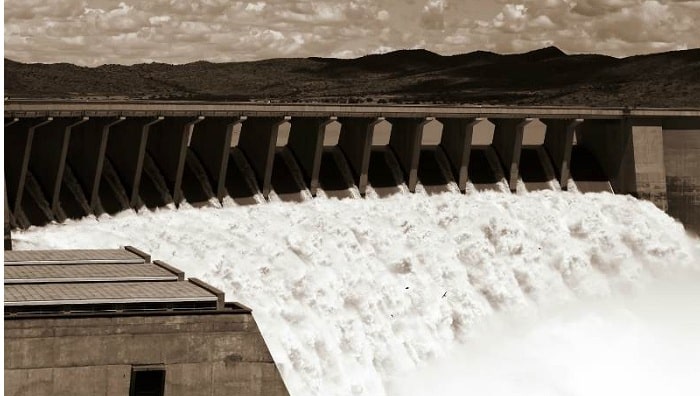 Hydro and Lyse plan to merge part of their respective hydropower production to create a stronger joint hydropower company. The agreement secures long-term access to renewable power for Hydro’s industrial operations in Norway.

Lyse and Hydro will merge their power production assets in the south-west region of Norway through the establishment of a new company, to include Hydro’s hydropower assets Røldal-Suldal Kraft (RSK) and the majority of Lyse’s power production portfolio
The new company will be called Lyse Kraft DA and have a normal annual power production capacity of 9.5 TWh, of which Hydro will own 25.6 percent and Lyse 74.4 percent
The agreement is expected to bring synergies of approximately NOK 500 million in net present value

As a consequence of the transaction, the RSK assets will not revert to state ownership at the end of 2022, meaning Hydro can use its share of the power produced by the new company for aluminum production in Norway.

“This is a great day for the future of Norwegian renewable-based industry. The agreement is strategically important for Hydro, as it secures the value of our RSK hydropower assets and contributes to predictability for further industrial development in Norway,” says Hydro President & CEO Hilde Merete Aasheim.

Hydro will become a larger renewable operator
Based on the agreement, Hydro will remain the operator of the RSK assets and assume operatorship for Lyse’s fully owned hydropower plants. Consequently, Hydro will larger power operator and remain the Norway’s third-largest provider of renewable power, with a combined renewables production of 13.6 TWh in a normal year. Hydro’s annual production, based on equity shares, will be 9.4 TWh in a normal year.

Aasheim says the transaction is in line with the company’s strategy to strengthen its position in low-carbon aluminium and grow in the renewable energy sector.

“The agreement supports both objectives, as we secure long-term access to renewable power, and Hydro will become a larger hydropower operator. At the same time, we secure the value that RSK represents for Hydro,” she says.

Future-proof solution
Lyse will become responsible for the water management and market activities with a portfolio of 9.5 TWh. The CEO of Lyse, Eimund Nygaard, says the agreement creates value in several areas.

“The agreement makes Lyse the third-largest power market entity in Norway and gives us a chance to build an even more competent and robust power management organization in Stavanger,” he says, adding that the operator agreement with Hydro will also give economies of scale, increased professionalism and new development opportunities for the power plants and the employees who will get a new employer.

“The power sector is changing, and we would eventually risk becoming too small to run these plants efficiently on our own. When we now join forces, we can make better use of our combined competences, including in digitalization in a larger system,” says Nygaard.

Long-term industrial access to power
34 employees will be transferred from Lyse to Hydro, and Lyse’s fully owned hydropower plants will become part of Hydro’s operator portfolio.

“We look forward to welcoming new colleagues to the Hydro team, and we look forward to becoming an even larger entity on the southwest region of Norway, where we already have invested in the world’s most climate and energy-efficient aluminum production at the Karmøy Technology Pilot,” says Aasheim.

RSK was established in 1963 to supply power to Hydro’s aluminum plant at Karmøy. In line with the Norwegian rules on license reversion of waterfalls and hydropower installations, private entities can normally only own up to one-third of the shares of a company that owns larger waterfalls. In 2016, the Norwegian government opened for private entities to extract physical power from power companies to ensure predictability for industrial operations.

Facts about the transaction

Hydro and Lyse establish Lyse Kraft DA, which will have a normal annual power production capacity of 9.5 TWh
Hydro transfers the hydropower assets Røldal-Suldal Kraft (RSK) and receives 25.6% ownership in Lyse Kraft DA
Lyse transfers its total power production portfolio (except shares in Jørpeland Kraft) and receives 74.4% ownership of Lyse Kraft DA
Hydro remains operator of the RSK assets and resumes operator responsibility for Lyse’s fully owned hydropower plants. Consequently, Hydro will increase its total operator responsibility of Norwegian hydropower and wind power to 13.6 TWh in a normal year
Lyse becomes Norway’s third-largest power market entity, with a market portfolio of 9.5 TWh in a normal year
34 employees are transferred from Lyse Produksjon AS to Hydro Energi AS as a result of Hydro becoming the operator
The agreement is expected to bring savings totalling a present value of approximately NOK 500 million in Lyse Kraft DA. These will be realized through economies of scale and more efficient operations, as well as new ways of working through digitalization and collaborative solutions in daily operations and investment projects
Total savings and synergies for Hydro are expected to amount to a yearly EBITDA effect of approximately NOK 40-50 million after a few years
The transaction is expected to close in the fourth quarter of 2020, pending approval by the Norwegian Competition Authorities

About Hydro:
Hydro is a fully integrated aluminium company with 35,000 employees in 40 countries on all continents, combining local expertise, worldwide reach and unmatched capabilities in R&D.

In addition to production of primary aluminium, rolled and extruded products and recycling, Hydro also extracts bauxite, refines alumina and generates energy to be the only 360° company of the global aluminium industry. Hydro is present within all market segments for aluminium, with sales and trading activities throughout the value chain serving more than 30,000 customers.

Based in Norway and rooted in more than a century of experience in renewable energy, technology and innovation, Hydro is committed to strengthening the viability of its customers and communities, shaping a sustainable future through innovative aluminium solutions.