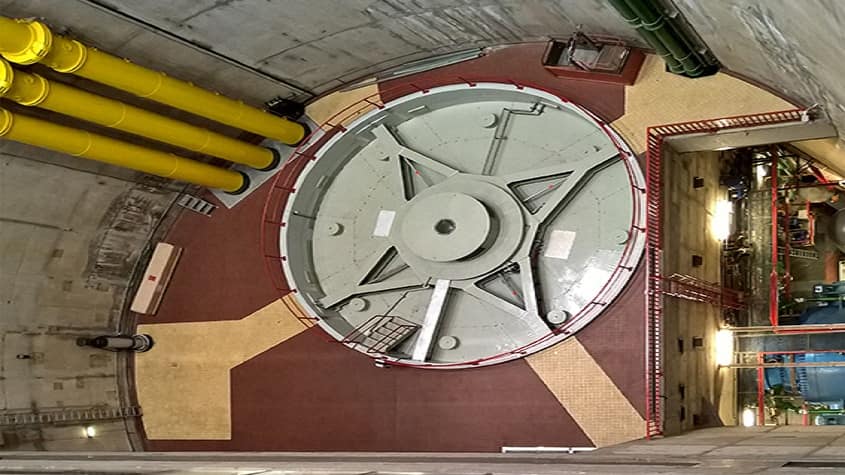 Heidenheim, Germany. Voith has won the order to modernize a motor-generator in the Vianden pumped storage plant in Luxembourg. The project covers the design, calculation, construction, delivery and assembly of one of the two most powerful machines in the facility.

In addition to the increase in capacity, the new motor-generator will also be able to respond faster to changes in the load requirements from the power grid when it goes back into operation. The choice and design of the components will also ensure longer service cycles. The work on the machine is scheduled to be completed by 2021.

The Vianden power plant, which is located right on the border between Germany and Luxembourg, feeds directly into the German electricity grid. This means that it is used as a flexible electricity storage system and to regulate the grid as part of the transition process to renewable energies. The plant is owned by Societé Electrique de l’Our S.A., and is marketed and operated by RWE Generation.

As part of the upgrade, the motor-generator, which was installed in 1976, will be replaced by a new synchronous motor-generator from Voith that will increase the capacity of the generating set by around seven percent to 217 MW. The pump turbine remains unchanged. In addition, the new machine will be fitted with a modern starting frequency converter. “This replaces the direct start-up of the machine via start-up current limiting reactors and a complex damper winding for the generator rotor.

With the new starting frequency converter the machine can respond even faster to load fluctuations in the power grid,” says Stefan Linhart, Project Manager at Voith Hydro in Germany. These kinds of fluctuations are typical for power grids that are increasingly being supplied by renewable energies. To be able to respond reliably to sudden changes in the power transmission in the grid, the new motor-generator will also be fitted with special vacuum circuit breakers in two generator switch sets – one for each operating mode. This configuration ensures faster switching times in the transition from pump to turbine operation and vice-versa. At the same time, the service intervals are much longer than for conventional SF6 interrupting chamber technology, so maintenance costs are reduced.

For the modernization project in Vianden, Voith has developed a space-saving solution allowing the new equipment to be installed within the existing system. In the process the company largely uses the existing distribution station architecture and existing infrastructure. A new rotor design with rim ventilation also results in lower electrical and mechanical losses. This means that auxiliary units can be reduced. At the same the availability of the system, and thus its efficiency, increase.

The Vianden pumped storage plant went into operation in 1964 and following expansions in 1976 and 2014 currently has a total of 11 generating sets with a generator capacity of 1,495 MVA and turbine output of 1,290 MW. The entire installed pump output is 1,045 MW.