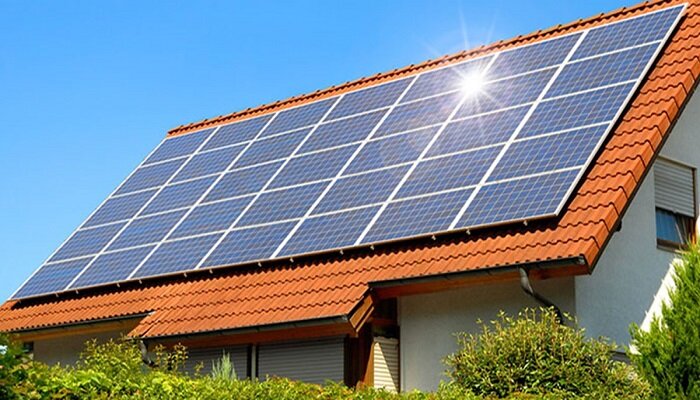 The rise in energy bills for millions of households in the UK has once again put the nature of our relationship with energy under the spotlight. The UK’s reliance on natural gas and hydrocarbons is well-documented, and also well-documented in terms of environmental harm. Alternative, sustainable and renewable energy sources are becoming increasingly popular – but is adopting such systems domestically worth the investment? Here we will be examining this question through the lens of solar power, and domestic solar panel installation.

Pivoting to solar can have numerous benefits for the average household. For one, solar energy is considerably cheaper than receiving electricity from the National Grid – which, in the middle of a cost-of-living crisis that threatens to stretch out for some years to come, can be crucial for the household budget.

Solar panels can also generate more electricity than you as a household use. As a result, you may find your household battery array filling up faster than it can be depleted. This excess energy can be effectively sold back to the grid, under the Smart Export Guarantee. This can generate vital additional income, further subsidising household costs over time.

Ultimately, solar panels and battery systems can be essential in improving household energy efficiency for homeowners, both in the short term and the long term. When coupled with the adoption of alternative heating systems like heat pumps that run on electricity, the savings are all the starker.

But solar panel installation does not necessarily herald an immediate reduction in household expenditure. There are initial investments you need to make in order to make the pivot to solar possible, with considerable costs associated.

For one, you will need a household battery to store the charge generated by the panels. These can cost up to five figures alone. Then there is the purchase and installation of the panels themselves, which can rack up large labour costs. Hooking the system up to your home and to the grid requires expert input and guidance, which adds further to costs.

In an effort to increase uptake of alternative energy infrastructure, the government is offering a subsidy on the installation of systems including solar panels – but even this subsidy is not necessarily enough to render solar panels affordable for some.

Are They Worth It?

So, all told, are solar panels a worthwhile investment? While the initial costs associated with buying the panels, battery arrays and labour for installation may remain relatively high in the grand scheme of things, the savings over time are undeniable. This is all the truer when considering the potential future of domestic energy, with prices not predicted to return to pre-2021 levels.

There is another factor at play, which is the growing climate emergency. The impacts of greenhouse gas emissions are becoming increasingly visible in Europe, as the changes to ecosystems and weather patterns previously relegated to the global South have begun to affect the West measurably.

Not only is there a moral imperative to reduce reliance on pollutive energy sources, but also government legislation in the works to enforce the adoption of sustainable practices across the board. Adopting solar early puts you as a household in a strong position, reducing your carbon footprint quicker and also futureproofing you against new legislative shifts away from certain forms of heating and energy generation.