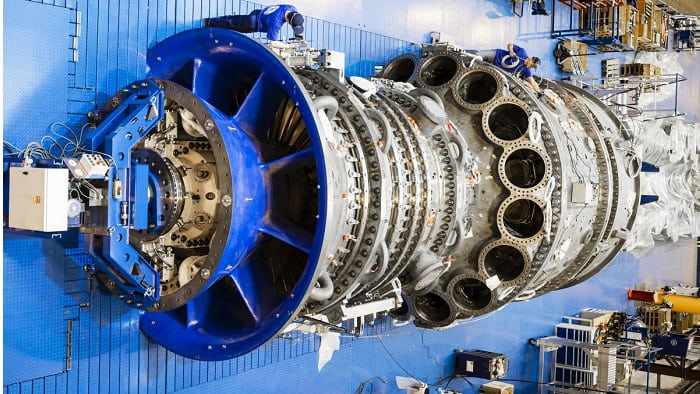 GE Power announced that Israel Electric Corporation (IEC), the largest generator and supplier of electricity in Israel, has awarded a contract for the Orot Rabin modernization project to GE, which will include an order for a 9HA.01 heavy duty gas turbine. GE has also been technology selected for a second 9HA gas turbine unit with a contract award expected by the end of 2019.

Located in Hadera, the IEC’s Orot Rabin project will utilize GE’s HA gas turbine technology as part of the conversion of the existing power station from coal to gas generation, and will be the first HA gas turbine in Israel. The order also includes the steam turbine, generator, HRSG, and balance of plant equipment” as well as a 15-year multi-year services agreement. When operational, the Orot Rabin power plant will provide more than 630 megawatts (MW) to the Israeli grid, becoming the largest and the most efficient gas power plant in the country and delivering up to four percent of Israel’s current total power generation capacity.

“GE is honored to work with the Israel Electricity Corporation to bring the first HA gas turbine to Israel and to help modernize the Orot Rabin Power Plant with the HA’s record-setting performance and efficiency,” said Scott Strazik, President and CEO of GE’s Proposed Gas Power business. “By investing in state-of-the-art technology to transform its infrastructure, IEC will ensure that power is more reliably and sustainably delivered to its customers in Israel.”

“IEC’s strategic efforts to modernize Israel’s electricity production and distribution system are made possible by investing in industry-leading technology such as GE’s HA gas turbine,” said Ofer Block, President and CEO of Israel Electric Corporation. “GE’s technology will help IEC upgrade the Orot Rabin Power Station and change the way power is delivered to citizens and businesses across Israel.”

In addition to modernizing their generation assets, IEC is also focused on preparing their distribution grid for the future. They selected GE’s Advanced Distribution Management System (ADMS) ” software that is engineered with adaptive algorithms and predictive analytics to help utilities operate the grid more efficiently and enable automation. Part of GE’s Digital Energy portfolio, the system will enable IEC operators to predict issues, identify the faults on the grid and propose a restoration plan in advance.

GE’s HA gas turbine fleet has surpassed more than 270,000 operating hours and has secured more than 85 orders from 35+ customers across more than 16 countries. Recently, GE announced an award in Taiwan and orders in the United Arab Emirates and North America for its HA gas turbine.