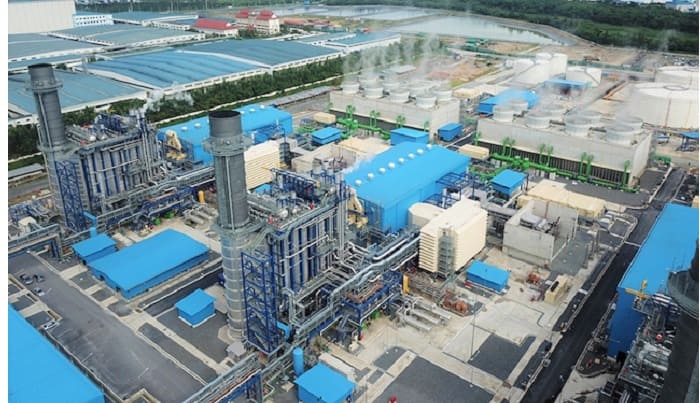 Mitsubishi Power, a power solutions brand of Mitsubishi Heavy Industries, Ltd. (MHI), has commenced operation of a second M701JAC gas turbine unit for natural gas-fired power plants in Thailand. Inaugurated on October 1, this is the second of eight units ordered on a full-turnkey basis as part of a joint venture between Gulf Energy Development Public Company Limited, one of Thailand’s largest independent power producers (IPP), and Mitsui & Co., Ltd. The first unit, which was also a first M701JAC in Southeast Asia, started commercial operation at the end of March this year.

This M701JAC joins the global fleet of J-Series and JAC-Series gas turbines that have amassed more than 1.4 million operating hours; with 83 units ordered across the globe. When completed, the eight units in the project will form a gas turbine combined cycle (GTCC) power system with a total output of 5,300 megawatts (MW). A 25-year long-term service agreement (LTSA) for these units is also in effect and Mitsubishi Power is fully supporting the customer’s reliable operation and maintenance of the first and the second units through remote monitoring of plant operation with TOMONITM, which is Mitsubishi Power’s digital solution service including an analytical platform developed for the optimization of power plant operation. The construction of the remaining six units have commenced and are fully through 2024 when the final unit will commence commercial operations in 2024.

Mrs. Porntipa Chinvetkitvanit, Deputy Chief Executive Officer, Gulf Energy Development Public Company Limited, is heartened by the project’s progress. “We offer our praise and appreciation for the continued efforts of the Mitsubishi Power team, which led to the successful delivery the project’s second unit of gas turbine following delivery of the first unit, in line with our initial schedule. This was done despite the COVID-19 pandemic in Thailand. This accomplishment reinforces our expectations that Mitsubishi Power will continue to deliver diligently and exercise outstanding project management to enable all eight units to go online, on schedule.”

Koji Nishikawa, President and Managing Director of Mitsubishi Power (Thailand), spoke of his company’s commitment to its work in Thailand. “Mitsubishi Power remains committed to supporting Thailand’s efforts in advancing sustainable economic development through our highly efficient and reliable world-class gas turbines. Our team is diligently working on the project, ensuring that we continue to deliver the remaining six units on schedule despite the pandemic, to help produce more reliable, stable and clean energy for the country.”

The two ultra-large-scale power plants are under construction in Chonburi and Rayong Provinces, approximately 130 kilometers southeast of Bangkok. Each plant will have an output of 2,650MW and use natural gas as its primary fuel source, along with four power trains each incorporating a gas turbine, steam turbine, heat recovery steam generator and generator. Mitsubishi Power will manufacture and supply the gas and steam turbines as well as ancillary equipment, while Mitsubishi Electric Corporation will provide the generators. The power generated will be sold to the Electricity Generating Authority of Thailand (EGAT) to provide the country with a reliable and highly efficient source of clean energy.

The newly inaugurated M701JAC is a core component of the power plant in Chonburi Province, which is operated by Gulf SRC Company Limited*. At a time when the global coronavirus pandemic is impacting equipment deliveries and installations due to logistical issues and difficulty in sending engineers to project sites, the project remains running on schedule due to concerted efforts of all parties involved.

Mitsubishi Power is building a steady track record in large-scale gas turbine installations in Thailand. In 2011, the Company received full-turnkey orders from a company backed by Gulf Energy Development to construct GTCC plants at Nong Saeng and U Thai. The plants began commercial operations in 2014 and 2015, respectively. In 2020, an order was received from Hin Kong Power Company Limited, another company jointly established by Gulf Energy Development, for a GTCC plant consisting of two M701JAC gas turbines.

Mitsubishi Power is committed toward helping build a more sustainable energy future in Thailand through the new, cleaner power plants in Chonburi and Rayong. Going beyond this, Mitsubishi Power will continue to encourage adoption of its J-Series gas turbines, to deliver reliable and clean energy that will create a future that works for people and the planet.