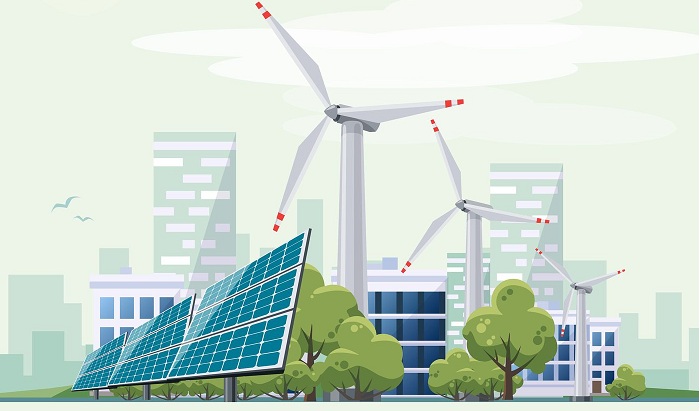 The U.S. energy industry congratulated President-elect Joe Biden, who has called the Green New Deal a crucial framework for meeting climate challenges, following his projected victory in the 2020 election.

The Solar Energy Industries Association (SEIA), Alliance to Save Energy (ASE), American Wind Energy Association (AWEA), American Petroleum Institute (API), and Edison Electric Institute (EEI) were all among those to send their congratulations. Still, in every case, they also sent their hopes.

“EEI and our member companies—America’s investor-owned electric companies—look forward to working with the Biden Administration, Congress, and state policymakers and regulators on issues critical to electricity customers,” EEI wrote. “Now more than ever, reliable, affordable electricity is vital to our nation’s economy and to our daily lives, and we are focused on policies that will help us to deliver America’s energy future to our customers.”

According to his climate and energy plan, Biden has called for the United States to embrace global efforts to address climate change and to recognize that the environment and economy are indelibly linked. By harnessing clean energy, he noted that new industries could be created, and the manufacturing industry could be reinvigorated, providing more jobs throughout the country. By exporting domestic clean energy technology, those jobs could be boosted still further.

“We look forward to working with his administration and Congress on policies that reduce carbon emissions, including tax policies that pave the way for greater adoption of solar energy and energy storage,” SEIA said. “We appreciate that the President-elect’s plan to advance clean energy incorporates environmental justice. And we share his belief that the United States must be ambitious on an unprecedented scale to meet the climate challenge…Solar power creates jobs in red districts and blue districts alike and improves the environment.”

Such enthusiasm was echoed by the AWEA, which called Biden’s plans ambitious and comprehensive, in a way that would pursue a cleaner world while keeping electricity costs low.

“The U.S. wind sector and its growing workforce of over 120,000 Americans stand ready to help put that plan into action and support the Biden administration in delivering on the immense promise of renewable energy to add well-paying jobs to the U.S. economy and reach the President-elect’s 100% target for a carbon-free America by the middle of this century,” AWEA CEO Tom Kiernan said.

That carbon-free goal was a major piece of Biden’s energy plan, which calls for a fully clean economy, complete with net-zero emissions, by no later than 2050. Aiding this will be investments in infrastructure, more partnerships, and the fulfillment of obligations to workers and communities who have helped the country grow economically. Specifically, Biden pledged to sign new executive orders immediately to address these ongoing issues and demand that Congress enact legislation creating an enforcement mechanism by 2025 that invests in clean energy and climate research and incentivizes the rapid deployment of clean energy innovations.

“There is a lot to like in the Biden campaign’s energy platform,” ASE Interim President Clay Nesler said. “He and his team clearly understand the power of energy efficiency to create good-paying American jobs while ensuring that the clean energy transition is affordable and accessible for everyone. They have put forward strong plans for improving energy efficiency across the economy, and we’re ready to help get it done. The trick now will be to get those plans through Congress. The Alliance has a long history of working with both sides of the aisle, so we’re optimistic that we can.”

Nesler also pointed to the more than 335,000 energy efficiency workers currently out of work because of the pandemic, expressing hope that Biden’s proposals could get them back on the job. More traditional elements of the energy industry also expressed hope in the future, though, as groups, such as API, also took the opportunity to showcase the prominence of energy policy during the election.

“The fact that both candidates for president made energy policy a focus of their campaigns underscores the impact that energy has on the life of every person in America,” said Mike Sommers, president and CEO of API, which represents more than 600 members from the U.S. oil and natural gas industry. “During this unprecedented year of public health and economic crises, we need policies that keep household energy costs low and protect and grow the more than 10 million skilled U.S. jobs supported by our industry. With smart policymaking and private-sector innovation, together, we can build a better, cleaner future while expanding access to energy produced in the United States.”