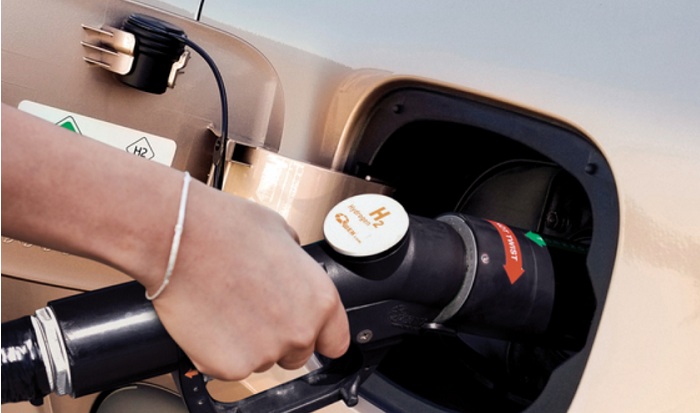 Some of Europe’s leading energy companies and trade bodies have this week teamed up to launch a new Renewable Hydrogen Coalition, amidst predictions the continent’s fledgling green hydrogen sector could grow at much faster rate than current strategies suggest.

The new group brings together leading trade bodies WindEurope and SolarPower Europe, and is supported by the Breakthrough Energy initiative backed by billionaire philanthropist and investor Bill Gates. It aims to build a “high-level and interdisciplinary network of innovators, entrepreneurs, and corporate leaders from the rapidly growing renewable hydrogen community, including industrial off-takers”.

The launch of the new coalition coincides with the first edition of the EU Hydrogen Week, which is set to showcase the bloc’s new hydrogen strategy and its goal of producing 10 million tonnes of renewable hydrogen by 2030.

His comments were echoed by Walburga Hemetsberger, CEO of SolarPower Europe, who said that as a world-leader in many renewable energy technologies Europe had a “golden opportunity for Europe to develop a robust and competitive renewable hydrogen industry, so it can lead the world in this decarbonisation solution”.

The launch of the new group was marked by the publication of a white paper produced by consultancy Material Economics, which argues that green hydrogen could be commercialised faster than current strategies suggest through value chain collaborations with end-product producers, modelled on the collaboration between the European Battery Alliance and the electric vehicle industry.

The report argues that renewable hydrogen represents a significant investment opportunity of €550-700bn with an abatement potential of 450-550Mt CO2, equivalent to 10 per cent of Europe’s annual emissions. It also suggests there is significant ‘hidden demand’ in the European economy for green hydrogen, with 540TWh potential demand unlockable in the near term and 1,200-1,400 TWh in the medium-term, provided there will be sufficient cost decreases, investments, and policy support.

However, the analysis suggests that in order to realise this potential policymakers and businesses need to move swiftly to establish lead markets for green hydrogen, such as green fertilisers and steel, mobilise massive investments in renewables capacity, accelerate innovation from early-stage research through demonstration, deployment, and scale-up, and establish enabling policies and standards for the fledgling sector.

A growing number of energy and industrial firms have touted green hydrogen as a critical component of the transition to a net zero emission economy. However, some experts have warned that current costs for green hydrogen are hugely expensive compared to hydrogen made from natural gas, creating a major barrier to widespread deployment.

Ann Mettler, director for Europe at Breakthrough Energy, said the new coalition could help address many of the barriersfaced by the sector. “Green hydrogen is the buzz word of Europe’s energy policy but who are the entrepreneurs and doers that are driving this technology?” she asked. “What do they want from policy, investors, and end users in order to unleash the potential of this zero-emission resource? The Renewable Hydrogen Coalition will be a dynamic platform for those who want to push the boundaries of innovation, who want to build the business models of the future and who want to actively build the net-zero economy of tomorrow.”

In related news, chemicals giant Ineos and auto manufacturer Hyundai announced yesterday that they have inked a deal that will see the companies collaborate on scaling hydrogen infrastructure across Europe and creating a hydrogen version of an SUV currently being developed by the British petrochemicals giant.

Under the terms of the agreement, the partners will explore the use of Hyundai’s hydrogen fuel cell technology in the Grenadier, the first car from the newly-formed automotive division of the chemicals company.

Diesel and petrol versions of the 4×4 are scheduled to hit the market in 2022, and this week’s news – coming less than a week after the UK government confirmed a 2030 phase out for sales of new diesel and petrol vehicles – suggests that Ineos intends to produce a zero emission version of the vehicle, too.

Hyundai’s senior vice president and head of fuel cell centre Saehoon Kim said Ineos’ move into the fuel cell electric vehicle and hydrogen ecosystem marked “yet another milestone” in global drive towards clean transportation. “We also hope our decades-long expertise in hydrogen fuel cell work in synergy with Ineos’ expertise in field of chemistry to realise the mass production of green hydrogen and fuel cells for the Grenadier,” he added.

The South Korean car maker has been making hydrogen fuel cell vehicles in low volumes since 2013, and is behind the world’s first dedicated hydrogen-powered SUV, the Hyundai Nexo. It is banking on the technology to drive future sales and has pledged to increase annual production of hydrogen-powered vehicles to 700,000 units by 2030.

The tie-up will also see the companies work together to identify opportunities for the production and supply of hydrogen in Europe, a scale-up of hydrogen infrastructure that the firms anticipate will have the net effect of hiking consumer demand for hydrogen-powered vehicles. They have also committed to investigate new hydrogen applications, technologies, and business models.

“The agreement between INEOS and Hyundai presents both companies with new opportunities to extend a leading role in the clean hydrogen economy,” said Ineos technology director Peter Williams. “Evaluating new production processes, technology and applications, combined with our existing capabilities puts us in a unique position to meet emerging demand for affordable, low-carbon energy sources and the needs of demanding 4×4 owners in the future.”

Ineos produces 300,000 tons of hydrogen a year, mainly as a by-product from its chemical manufacturing operations, and claims to be Europe’s largest operator of electroloysis – the technology required to make zero emission, green hydrogen – through its subsidiary Inovyn.