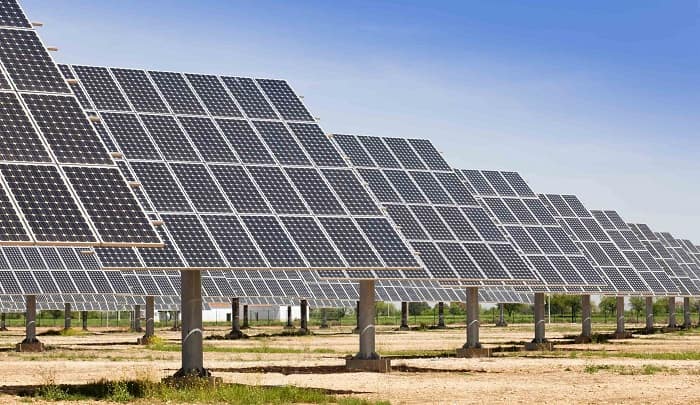 In an era where renewable sources have started getting their due, a construction and maintenance agreement has been signed for one of Netherland’s largest solar farms. The Vlagtwedde project as it is called is situated in Westerwolde and was initiated by PowerField. The project has been developed in partnership with Solarcentury which will construct and maintain it for the final owner and investor, Impax. This 100 MW solar farm will be made of around 350,000 panels that will cover an area of 100 Hectares. It is expected that the farm will supply electricity to approximately 30,000 households.

A blueberry farm has also been planted on another 24 hectares land which is adjacent to the solar farm. This has been done to ensure proper integration of the solar farm with the adjoining landscape. Further, it will help generate employment opportunities to the population-based around the solar farm. Impax’s Hector Boyce says that he is excited to be making this first investment in the Netherlands. According to him, this investment will not only help in supporting Netherlands transition from fossil fuels to renewable sources but will also create employment opportunities locally. Impax is looking forward to making more investment in the Netherlands. On the other hand, Solarcentury Benelux GM, Evert Vlaswinkel confirmed that once completed, the solar park will generate 104,000 MWh and also gradually go on to save 1.5 million tons of CO2.

As per Powerfield CFO Jean Louis Bertholet, they have been working on the development of this project since 2016. This is bound to be the largest concrete solar park in the country generating a huge amount of electricity. The size of the blueberry plantation along with the solar park makes this project a unique one. Apart from the 30,000 households which will be supplied with green electricity every year, they are also expecting to grow 180,000 kilos of blueberries every year. The project, no doubt is a perfect amalgamation of sustainable energy and landscape development.