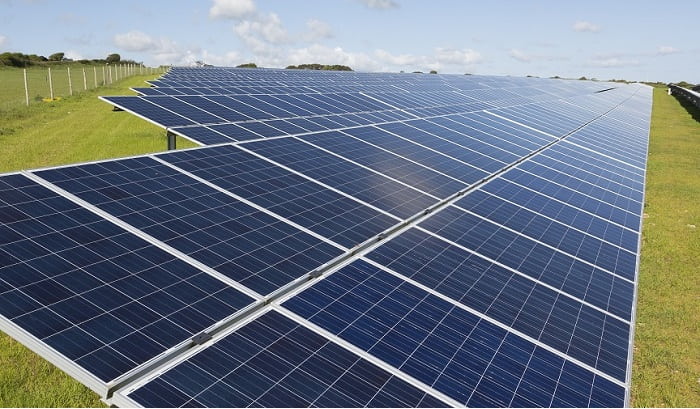 “We are pleased that Entergy Arkansas and NextEra Energy Resources have partnered together to bring more solar power to the state,” said Arkansas Governor Asa Hutchinson. “Utility-scale solar keeps electric rates low, and the clean, renewable energy it provides can be a catalyst for economic growth. This project is great for Southeast Arkansas and is yet another reason our future looks bright in the Natural State.”

“Entergy Arkansas is already the largest solar provider in the state, and this project allows us to increase what we can provide for our customers,” said Laura Landreaux, president and CEO of Entergy Arkansas. “Large-scale, universal solar allows us to provide the benefits of renewable energy to all of our 700,000 customers at an economic price.”

The Chicot Solar Energy Center will span approximately 825 acres, near Lake Village in Chicot County. Construction will last approximately 11 months. Once complete, the facility will feature approximately 350,000 photovoltaic solar panels that convert the sun’s energy into electricity. The solar energy center will have a capacity to generate 100 megawatts of electricity, or enough to power more than 18,000 homes. A subsidiary of NextEra Energy Resources is developing the project and will build, own and operate it. The energy will serve Entergy Arkansas customers under a 20-year power purchase agreement.

“This project will bring good jobs, tax benefits and affordable, renewable energy to the state for decades to come,” said John Ketchum, president and CEO of NextEra Energy Resources. “We are pleased to continue to work with our partners at Entergy Arkansas to bring economic, renewable energy to customers and introduce another universal solar project of this scale in Arkansas.”

The project will create a significant economic boost for Chicot County, creating up to 150 jobs during the construction phase. From labor and materials, to housing, health care and construction – a wide variety of local businesses will benefit from the influx of economic activity.

“The availability of cost-effective renewable energy resources provides an excellent economic development tool as we work to attract and retain businesses to Arkansas. The construction of this utility-scale solar project will employ a number of individuals and will spur economic activity during construction,” said Mike Preston, the Secretary of the Arkansas Department of Commerce. “Low electricity rates are a significant benefit to economic development in Arkansas, and the solar facility in Chicot County will be an excellent addition to the state’s electric generation resources.”

Over its operational life, the Chicot Solar Energy Center is expected to generate nearly $7 million in additional revenue for Chicot County, with much of that funding going to help Chicot County Public Schools.