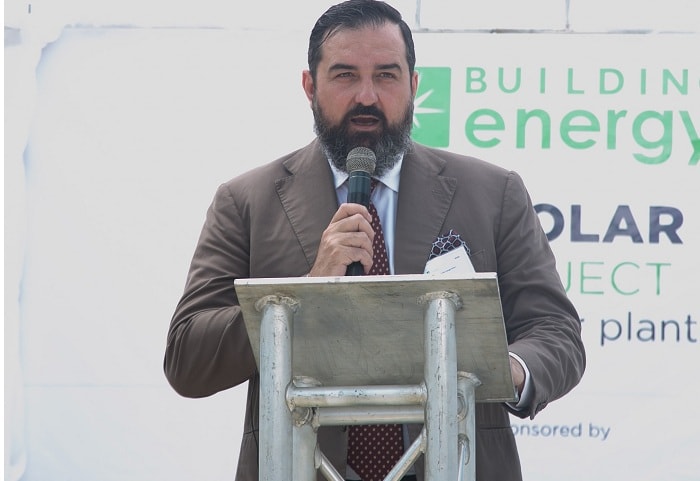 Building Energy SpA, a multinational Italian company operating as a Global Integrated IPP (Independent Power Producer) in the renewable energy sector, has been appointed preferred bidder in the GET FiT tender launched by the Government of the Republic of Zambia and KfW to facilitate private sector investment in the Country, for two solar projects. Building Energy will develop the two-20MWac solar projects in Bulemu, located in Kabwe District (Central Province) which, once completed, will generate 50GWh each per year.

GET FiT programme is a partnership between the Zambian Ministry of Energy and the German Development Bank, KfW, implemented by the GET FiT Secretariat in order to develop small and medium-scale Renewable Energy Independent Power Projects (IPPs) in Zambia. This is the largest single Solar PV tender implemented in Sub-Saharan Africa to date outside of South Africa, and represents the first phase of implementing the Government of the Republic of Zambia’s REFiT strategy, launched in 2017.

The Republic of Zambia, which features an average annual growth in electricity consumption of around 3%, has set the goal for a universal access to reliable and affordable energy at the lowest total economic, financial, social and environmental cost for all Zambians by 2030. Increasing access to electricity and encouraging the electrification of rural areas is critical for Zambian Government to fostering strong and sustainable economic growth. Renewable energy sources are abundant in the Country and hydropower is the major contributor to the country’s electricity supply with 2,380 MW. Therefore, the Government has a significant need to diversify its energy generation mix in order to reduce its dependence on hydroelectricity, which has experienced major issues due to the draught.

The awarded tariff of 3.99 USc/Kwh, proposed by Building Energy, is the lowest achieved through a public tender in Sub-Sahara Africa for a solar project.

“We are excited about the news of being awarded the Bulemu projects.” – said Matteo Brambilla, MD Africa and Middle East of Building Energy – “Winning this bid is particularly important to Building Energy because it strengthens our presence in the African continent and witnesses that our business model and strategy are effective in the continent. We are also very proud to make our contribution in helping the Republic of Zambia to meet its national electrification goals expanding access to affordable, reliable and clean power, while also diversifying the generation mix”.

Building Energy operates globally but has a particularly strong presence in Africa across solar, wind and hydro projects. After opening its office in Cape Town, the company has been managing and coordinating the development and realization of more than 350MWp of projects in South Africa and in sub-Saharan Africa including Zambia, Uganda and Mali. One of Building Energy’s projects in Africa is a photovoltaic plant in Tororo, Eastern Uganda, which started generating energy in October 2017. With a capacity of 10 MWp (16 GWh per year), the Tororo Solar Plant is among the largest in Eastern Africa and is catering to the energy needs of more than 35,838 people. In the past years, the company had already developed 81 MWp solar farm in Kathu (South Africa), one of the largest solar park on the continent.

BUILDING ENERGY
Building Energy is an international company that operates as Global Integrated IPP, dealing with the development, production and sale of energy generated at 100% from renewable sources, such as wind, sun, water and biomass. The company is vertically integrated and entirely dedicated to the development, management and sale of alternative energy all over the world. It is present in Europe, North and South America, Africa and Asia Pacific.

The company has a gross capacity of 534 MW of plants in operation, under construction or under development and a further 1.5 GW of pipeline in 12 countries, with which it stands as one of the leading international players in the field of renewable energies. Building Energy has also expanded its business by incorporating BePower – its Digital Green Utility. From Demand Response to the development of a network that owns public charging stations for electric vehicles on the Italian territory. For more information, please visit www.buildingenergy.it