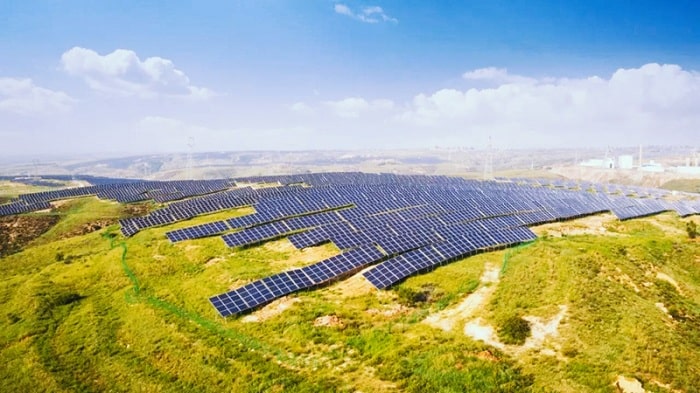 Adani 648 MW solar PV power plant at Kamuthi in Tamil Nadu. One of the world’s largest solar plant installed by a single company.

India’s Adani Group is the world’s largest solar power developer with 12.3 GW of a solar portfolio, according to a Mercom Capital ranking.

The ranking includes the company’s 2.2 GW of operating and 10.1 GW of under construction and awarded solar capacity.

Adani is the only Indian company to rank amongst top 10 developers globally—compared to the engineering, procurement, and construction (EPC) market, where four of the top 11 spots were claimed by Indian companies (Sterling & Wilson Solar, Acme Solar, Mahindra, and Larsen & Toubro) in a Wiki-Solar ranking.

“Adani’s renewable energy portfolio exceeds the total capacity installed by the entire United States solar industry in 2019 and will displace over 1.4 billion tons of carbon dioxide over the life of its assets”—said Mercom in its ranking report. “The group is one of the most fully integrated solar players in the world, manufacturing solar cells and modules, undertaking project development, construction, financial structuring and owning and operating its assets through its robust internal asset management platform”—it added.

A Solar Energy Corporation of India (Seci) award for developing 8 GW of Indian solar project capacity has acted as a catalyst for Adani to rank at the top in the Mercom ranking. The Ahmedabad-based developer landed the deal in return for committing to establish 2 GW of cell and module manufacturing capacity in India as part of Seci’s ambitious manufacturing-linked solar tender.

“This award, the largest of its type ever in the world, will entail a single investment of $6 billion (Rs45,350 crore) and will create 400,000 direct and indirect jobs,” read an Adani statement on the contract.