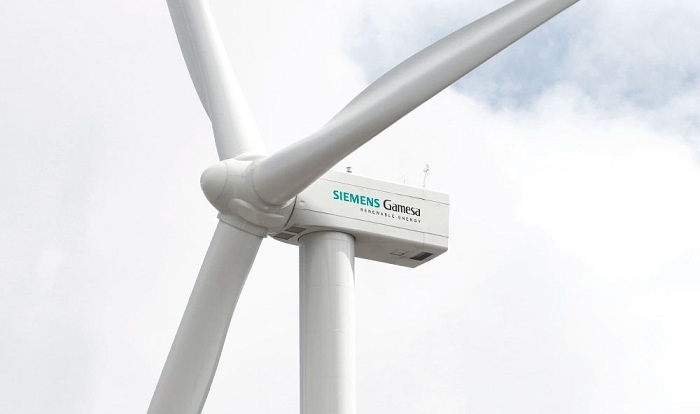 The company, which earlier this year launched the world’s biggest wind turbine, plans to start a pilot project in Denmark to test how its machines could power production of the fuel seen as key to eliminating carbon emissions from transportation and heavy industries. The European Union has big plans for the clean-burning gas and the bloc placed it at the center of its Green Deal earlier this year.

The pilot project is under construction near Siemens Gamesa’s Danish headquarters in Brande, western Denmark, Chief Executive Officer Andreas Nauen said in an interview on Thursday. It will include a 3-megawatt wind turbine that will power a 400-kilowatt electrolyzer, a machine that separates the hydrogen atoms in water from oxygen atoms.

“We will be for the first time combining the two technologies,” said Nauen, who took over as CEO in June after leading the company’s offshore division. “It is not to produce hydrogen in big quantities, but to test the combination of both.”

It could be a compelling model. Danish utility Orsted A/S is already exploring a number of hydrogen projects for its wind farms and Royal Dutch Shell Plc plans to produce the gas from a park it’s going to build off the Dutch coast. Making and selling hydrogen could provide a new source of revenue for wind projects that would offset the risk in the sometimes volatile electricity market.

No one before has used wind power alone, without a grid connection, to produce hydrogen, Nauen said. It’s a project that will provide insight that could be crucial to scaling up the technology to much larger turbines and wind farms both on land and at sea.

Earlier this year, Siemens Gamesa announced plans to build a 14-megawatt offshore turbine with a rotor diameter of 222 meters (728 feet), a few meters larger than the previous record.

The company expects to conduct testing at the hydrogen pilot from October to December and then start hydrogen production in January. A Danish hydrogen fuel company called Everfuel will distribute the gas for vehicles including taxis and buses to use in Copenhagen.

European governments aim to spend billions of dollars to help nurture domestic industries to produce hydrogen. The funding could help scale production and bring down costs.

Siemens Gamesa is currently at a similar stage with hydrogen as it was a few years ago with offshore wind, Nauen said.

The executive has worked in offshore wind for more than a decade and has seen how the industry went from being a niche market using turbines designed for land use into a multi billion-dollar industry with tailor-made machines the size of sky scrapers. Hydrogen could follow a similar trajectory if companies figure out an economical way to produce it. If it takes off, hydrogen will change the whole energy landscape, he said.

“I could imagine maybe it goes a little faster now, but it’s way too early,” Nauen said. “All the money that you currently see coming into this business is about making sure the technology works.”

The company has a team working on hydrogen that’s spread across all of Siemens Gamesa’s divisions. In the future, the company could sell wind farm developers hydrogen equipment along with its turbines, Nauen said. But he doesn’t expect any large-scale wind-hydrogen project until around 2025.