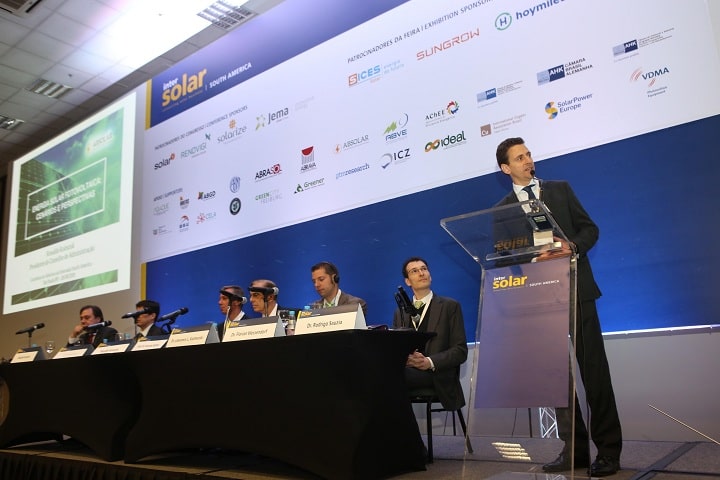 The Brazilian solar energy market has been maturing over the last years as one of the energy segments receiving the most investment in the country. A recent survey by the Brazilian Photovoltaic Solar Energy Association (Absolar) in partnership with Clean Energy Latin America (CELA) reveals that the industry was worth R$9 billion in 2018, evidencing the country’s great solar potential.

However, there is still a long way to go before this energy source becomes broadly competitive and accessible in the entire country. Opening up the debate, the city of São Paulo will be hosting another edition of Inter solar South America, Latin America’s largest event for the solar industry, on August 27–29 at the Expo Center Norte.

For three days, the event will be a wide-ranging platform for serious discussions on the industry’s development, challenges, opportunities and projections which will serve as its guidelines over the next few years. The key topics planned to mark out the sessions, workshops and roundtables in the 2019 edition are centralized generation, distributed generation, financing and the value chain.

The key topics on the program’s first day will be centralized generation – that is, utility-scale projects, above 5 MW, commercialized in energy auctions regulated by the federal government, and through direct PPAs in the free electricity market – and investments in the solar energy industry. The proceedings will start with a roundtable featuring managers from CELA, a player that provides financial advice to companies and investors in the Latin American renewable energy industry, and from major financial institutions: the Brazilian National Economic and Social Development Bank (BNDES), Itau BBA, International Finance Corporation Brazil (IFC Brazil), the Vinci Partners investment platform, and Climate Bonds Initiative.

Absolar reports that centralized solar photovoltaic generation plants operating in Brazil today have an installed capacity of more than 2,000 MW. In all, private investments amounting to more than R$10 billion have been funneled towards solar energy in the country since 2014, generating more than 50 thousand local jobs. “Solar photovoltaic generation has been gaining ground in the free energy market,” says Rodrigo Sauaia, Absolar’s executive director, “which means that consumers can buy electricity from sources other than their region’s utility operator. However, if this is to become more widespread, we’ll need to fine-tune our financing models.”

Also under that heading, other five sessions will be held on building, operating, maintaining and innovating centralized generation projects. With the relatively high number of projects already operational in Brazil, the market has begun developing new business areas supporting the industry, such as O&M, systems performance evaluation, new technologies integration, and training of best practices for power plant operation and maintenance. The sessions will have speakers form Absolar, Enel Green Power, Engie Solar, Biosar Brasil and Carpe Vie Engenharia.

Another key topic this year is distributed generation – that is, small and medium-sized projects, equal to or below 5 MW, through the national net-metering regulation in force since 2012. The session “The Future of Distributed Solar Photovoltaic Generation in Brazil” will discuss ANEEL’s 482/2012 regulatory resolution, which gives new definitions for distributed microgeration and minigeration, and determines new metering criteria: power above 75 kW and less than or equal to 5MW. Players such as Absolar, ANEEL, Sebrae MT and AES Tietê will address other topics, such as improvements in grid metering, new technologies and business models for solar energy, as well as recent regulatory and market innovations for distributed generation in Brazil and worldwide.

What new paths are open for the Brazilian solar PV industry to become more competitive and reach new markets? This question will be answered in the session on “Trends in the Solar PV Value Chain”, another highlight in the 2019’s Conference program, when representatives from Absolar, INMETRO and Flextronics International Technology will present the latest innovations in photovoltaic solar energy, research and development, competitiveness, quality assurance, performance, safety and durability of PV solar systems and devices.

The complete conference program can be found at www.intersolar.net.br

About Intersolar at The smarter E South America
Intersolar South America 2019, Latin America’s largest exhibition and conference for the solar industry, will take place at the Expo Center Norte in São Paulo, Brazil on August 27-29, 2019, and has a focus on the areas of photovoltaics, PV production and solar thermal technologies. At the accompanying Intersolar South America Conference, renowned experts shed light on hot topics in the industry.

In 2018 Intersolar South America welcomed more than 20,000 visitors and over 1,500 conference attendees at São Paulo’s Expo Center Norte. 260+exhibitors showcased their products – an increase of more than 40% over the last two years.

Combining local and international expertise, Intersolar South America brings together the PV and ST sector to discuss the current status and trends strategic to Latin American PV markets, as well as technology innovations and new business opportunities. Especially now, as an increasing number of distributed generation projects are scheduled to become operational. Overall, DG is driving momentum in the Brazilian market, in particular since the sale of surplus power has been exempted from taxes all states across Brazil.

Intersolar South America is part of the world’s leading exhibition series for the solar industry. It unites people and companies from around the world with the aim of increasing the share of solar power in our energy supply. Since being founded in 1991, Intersolar has become the most important industry platform for manufacturers, suppliers, distributors, service providers and partners of the solar industry. Starting in 2019, Intersolar South America will be held under the umbrella of The smarter E South America for the first time. 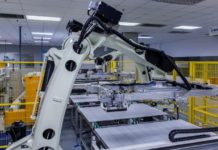 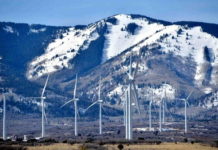