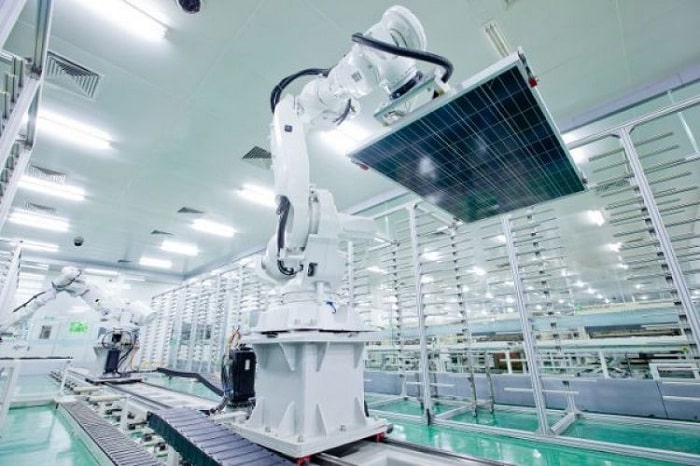 JinkoSolar Holding Co., Ltd. one of the largest and most innovative solar module manufacturers in the world, announced that it was one of only four PV module suppliers to receive a “AA” bankability rating from PV-Tech & Solar Media, Ltd., a leading global source of in-depth news and research on the photovoltaic industry. JinkoSolar is the only PV module supplier to have AA-Ratings for the past 12 consecutive quarters.

In its first ever quarterly PV ModuleTech Bankability Ratings, PV Tech set out to create an independent, comprehensive and transparent ranking system to help investors, banks, project developers and EPCs differentiate between the hundreds of PV module suppliers that sell to commercial, industrial, and utility customers around the world.

The benchmark ratings, which incorporate the Altman Z score that was first developed over 50 years ago to help forecast the likelihood of manufacturing companies going bankrupt, aim to balance corporate solvency with module manufacturing capabilities in order to help end users understand the overall risk and financial health of their suppliers. .

Mr. Kangping Chen, CEO of JinkoSolar, commented, “We are extremely pleased to be recognized by such a reputable and independent organization as PV Tech. 2019 is already shaping up to be one of the top five warmest years on record. As the need for cleaner alternative energy solutions becomes ever more important, and as our industry continues to grow, it is becoming increasingly difficult for customers to distinguish between supplier claims. While we have always been focused on pushing through technological innovations and producing the highest quality modules in the market, we have also deliberately tried to balance profitability and the long-term sustainability of our business.”

JinkoSolar  is one of the largest and most innovative solar module manufacturers in the world. JinkoSolar distributes its solar products and sells its solutions and services to a diversified international utility, commercial and residential customer base in China, the United States, Japan, Germany, the United Kingdom, Chile, South Africa, India, Mexico, Brazil, the United Arab Emirates, Italy, Spain, France, Belgium, and other countries and regions. JinkoSolar has built a vertically integrated solar product value chain, with an integrated annual capacity of 10.5 GW for silicon wafers, 7.0 GW for solar cells, and 11.0 GW for solar modules, as of March 31, 2019.