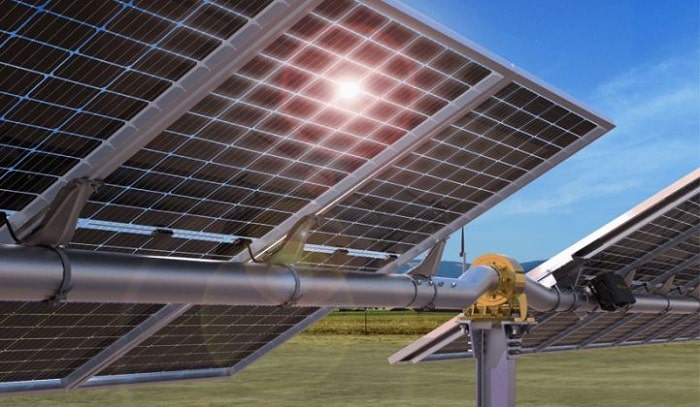 JinkoSolar Holding Co., Ltd , one of the largest and most innovative solar module manufacturers in the world, announced that the company has supplied its Cheetah series high efficiency modules for a 92MW solar power plant equipped with a large-size storage battery in Kushiro-cho, Hokkaido, Japan.

The project being built on about 1,632,000m2 (about 163ha) of idled land in Kushiro-cho is scheduled to start operation in early 2020, and is expected to generate about 105,500,000kWh of electricity, which is equivalent to the amount consumed by 21,300 households, in the first year. This will be the largest-capacity solar power plant equipped with a storage battery ever built in Japan.

In addition to high efficiency and high power generation of Cheetah modules, other factors that, behind model selection, worth to be considered for this milestone project are the partial shading-resistance feature, thanks to its half-cut cell technology and the proven mechanical loading performance of Cheetah, capable to maintain high and stable power output within the temperature range of -40? and to +85?, as well as in intense wind pressure, low temperature and snowy conditions.

Grid constraints and land availability are the keywords to face the challenges that Japan is facing in order to increase the share of solar PV with its electricity generation mix.This 92MW project is the perfect example of how Jinkosolar modules ensure stable operation of the power plant during both peak and off-peak hours by utilizing the most efficient solar panel at an appealing price and by being equipped with lithium-ion (Li-ion) rechargeable battery.

About JinkoSolar Holding Co., Ltd
JinkoSolar is one of the largest and most innovative solar module manufacturers in the world. JinkoSolar distributes it solar products and sells its solutions and services to a diversified international utility, commercial, and residential customer base in China, the United States, Japan, Germany, the United Kingdom, Chile, South Africa, India, Mexico, Brazil, the United Arab Emirates, Italy, Spain, France, Belgium, and other countries and regions. JinkoSolar has built a vertically integrated solar product value chain, with an integrated annual capacity of 14.5 GW for silicon wafers, 9.2 GW for solar cells, and 15 GW for solar modules, as of September 30, 2019.