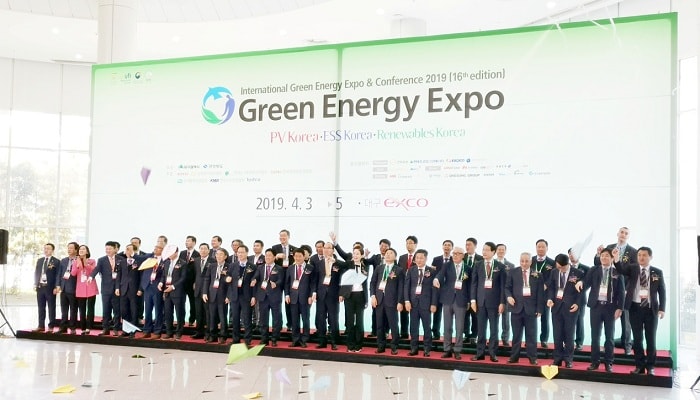 On April 3, 2019, the International Green Energy Expo Korea (IGEE 2019) kicked off in Daegu. IGEE is the largest exhibition in South Korea, the third largest in Asia and the tenth largest in the world, and hosts sub-forums including photovoltaic, energy storage, wind energy and smart grid, attracting major photovoltaic enterprises around the world to showcase their latest technologies and products.

In May 2017, the South Korean government released the 8th Basic Plan for Long-term Electricity Supply and Demand, which clearly defined the growth plan for the power supply and demand in South Korea in 2017-2031, stated that the proportion of coal power and nuclear power energy will continue to be reduced, while the proportion of renewable energy and gas-fired power generation will be increased. 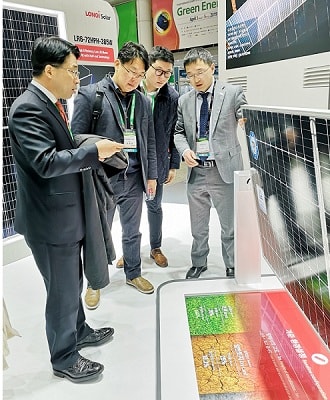 Therefore, only higher-efficiency products can better reduce the LCOE. It’s reported that the Korean market has completely begun and gradually completed the transformation to monocrystalline PERC, and only efficient photovoltaic products can meet the needs of the Korean photovoltaic market.

LONGi has become a global leading manufacturer of photovoltaic cells and modules, made the world’s biggest shipment of monocrystalline modules in 2016, 2017 and 2018, China’s biggest shipment of modules in 2017 and 2018, and the world’s fourth biggest shipment of modules in 2018 (data source: PV-Tech, Energy Trend). The participation in IGEE is LONGi’s first appearance in the Korean photovoltaic market with high-efficiency monocrystalline module products. LONGi’s Hi-MO3 bifacial halfcell PERC module can enhance the front-side efficiency of 60-cell module to 320W, which, coupled with 5-25% rear-side gain and a 30-year power warranty, will provide a better choice for South Korea where the land cost is high.