Bloomberg 3-tier rating system for PV module makers is based on bankabililty to differentiate the hundreds of solar module manufacturers. Simply put, the European Investment Bank (EIB) considers a project bankable if 3rd party lenders are willing to finance it1. BNEF ranks Tier 1 manufacturers as those that have provided own-brand, own-manufacture products to six different projects, which have been financed by six different (non-development) banks in the past 2 years.

Manufacturers in China, India and Turkey are subject to a more stringent criterion that the project deal must be non-recourse, which means the bank undertakes the risk in the event of PV modules failing. LONGi Solar is ranked 6th, based on annual in-house production capacity 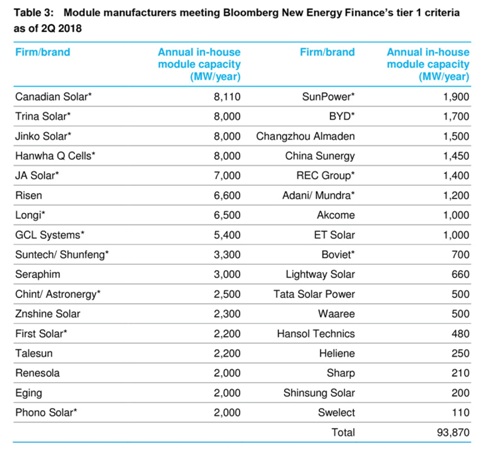 Independent Product Reliability Validation
While BNEF acknowledges that a Tier 1 ranking is not a recommendation, it is characteristic of transparency and good data availability. Moreover, BNEF Tier 1 ranking includes a notation which denotes module makers for which a technical due diligence is available from NV GL. Less than 50% of the 34 the Tier 1 manufacturers have secured this independent validation. LONGi Solar’s modules have been validated by DNV GL.

Vertically Integrated, Financially Strong
LONGi Solar is established in 2000 in Xi’an, China and today it has operations worldwide. The company is fully integrated within the PV Solar value chain, from ingot casting to wafer, cells and module production to downstream energy services. It is listed in the Shanghai Stock Exchange and its stock is a component of the Worldwide MCSI Stock index.

Over the last 3 years, LONGi Solar revenues has grown steadily, in a sustainable manner that ensures product quality and financial standing are not compromised. In 2017, LONGi Solar shipped 4.66GW mono-crystalline modules, ranking first in the world in mono-crystalline cell and module shipments for three consecutive years. 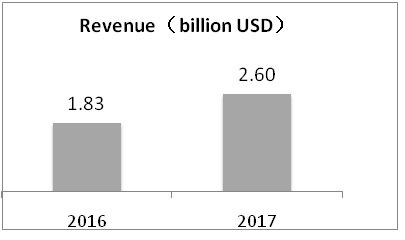 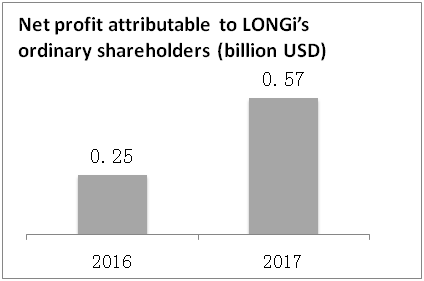 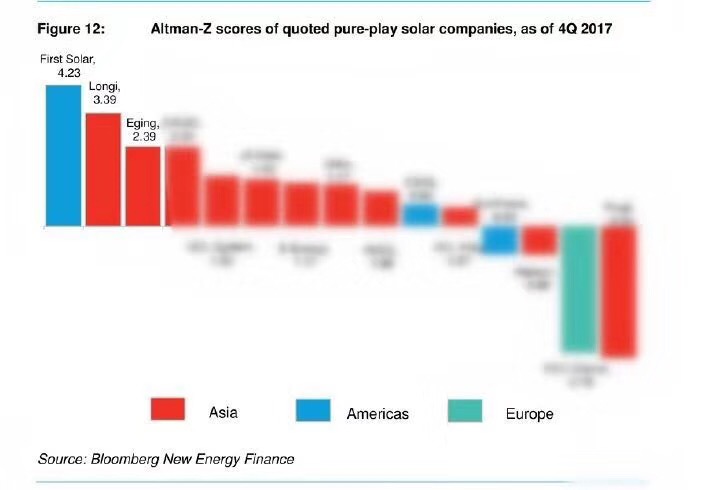 And as further evidence of its prudent financial management, LONGi Solar is ranked No. 1 with the lowest in debt ratio of 53% in the PV industry.

LONGi Solar has always placed the quality and advanced technology of its products and modules first. It has continuously increased R&D investment in advancing mono-crystalline technology. In 2017, the company invested RMB1.108billion, 6.8% of its sales, in R&D, the highest among PV companies in the world. 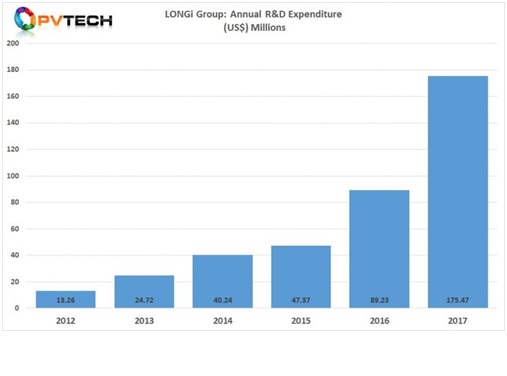 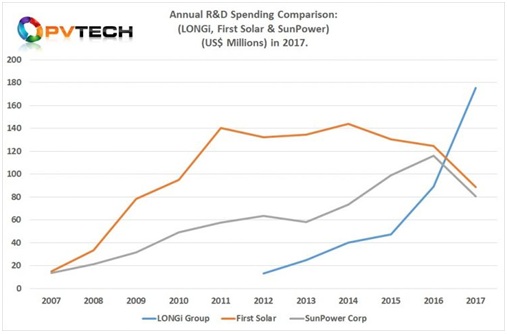 Armed and powered by the advanced technology and long standing experience of LONGi Group in the field of mono-crystalline silicon, LONGi Solar has shipped approximately4.5GW products in 2017 with over 100% rate of growth in three consecutive years. The Company has its headquarters in Xi’an and branches in Japan, Europe, North America, India, Malaysia, Australia and Africa.