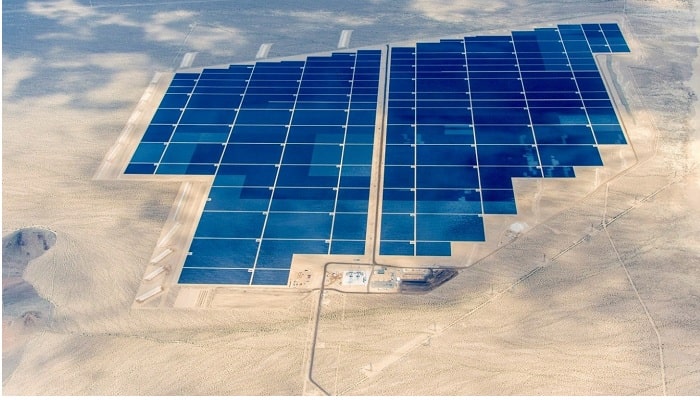 NextPower III’s investment strategy is to acquire solar power plants at the ready-to-build status or in operation across high-growth international markets. The investment team is currently focusing its efforts to increase the portfolios in its carefully selected geographies including the USA, Latin America, Southern Europe and India, where NPIII have ongoing transactions, and expect to announce further acquisitions during the third quarter of 2020.

“This acquisition allows NextPower III to further increase its presence globally and enter the Asia Pacific market where we have secured a pipeline of further opportunities. The transaction is another opportunity to execute on an operating asset in a carefully selected country (where the NextEnergy Capital Group has been present for over two years through its asset management company WiseEnergy), at attractive risk-adjusted returns. India has a strong focus on the transition to renewable energy and we are proud to play a significant part in that.”

“We are particularly pleased to announce this transaction in the rapidly expanding Indian solar market, which currently has one of the world’s largest expansion plans in renewable energy. It testifies to the international execution capabilities of the NextEnergy Capital team, especially in the current difficult business climate, which the team has been able to navigate smoothly. We continue to monitor the COVID-19 situation and are very pleased at how robust and resilient our NextPower III fund has been in this environment. We are on track to build a target portfolio for NextPower III of around 2.5GW installed solar capacity across carefully selected geographies.”

“We are pleased about NextPower III’s confidence in the quality and performance of the solar park that meets the high-quality standards of IBC SOLAR. The solar park in Odisha is a project we are definitely very proud of. It not only was the first project in Eastern-India that was fully developed, financed, constructed and commissioned by IBC SOLAR Energy alone but also an important step for the economic development in Odisha. Especially in and after times of crisis, renewable energy and solar energy in particular also have considerable economic potential which must be exploited, next to the contribution to climate protection.”

NEC was founded in 2007 to become the leading investment and operating asset manager in the solar sector. Since its inception, it has been active in the development, construction and ownership of solar assets. It currently has solar assets under management of c.US$2.3bn, across three investment vehicles. To date, NEC has invested into over 200 individual solar plants for an installed capacity in excess of 1GWp.

NextPower II is a private fund investing in operating solar power plants, focused on Italy. Its strategy is to consolidate the substantial, highly fragmented Italian solar market, and has commitments of €232 million, secured from Prudential Assurance Company, a subsidiary of M&G Prudential, a leading institutional investor with more than £500 billion of assets under management, and including Pantheon, an experienced investor in infrastructure, private equity and real assets with over US$42 billion in AUM. NextPower II currently owns 98 solar plants in Italy comprising c.140MWp, and is among the ten largest solar asset owners in Italy.

NextEnergy Solar Fund is a listed solar infrastructure investment company focused on the UK and other OECD countries. It currently owns 755MWp spread among 90 individual assets in the UK and Italy, comprising a gross asset value of £991m. NESF has raised equity proceeds of c.£792m since its initial public offering on the main market of the London Stock Exchange in April 2014. At present, it is listed on the FTSE 250 index and is one of the largest listed solar energy funds in the world.

NextPower III is a private ESG infrastructure fund established to invest in the international solar sector, specifically to fund the construction and long-term ownership of solar power plants. NextPower III’s target markets comprise mainly OECD countries. It currently has commitments of c.US$280m, and a target size of US$750m. NPIII currently signed/owns six solar plants, for a total installed capacity of 385MWp and has circa 800MW in exclusivity.

In addition, NEC is active in the operating asset management through WiseEnergy, the leading specialist operating asset manager in the solar sector. Since its founding, WiseEnergy has provided solar asset management, monitoring and technical due diligence services to over 1,500 utility-scale solar power plants with an installed capacity in excess of 1,700MWp and value of c.€4 billion. WiseEnergy’s clients comprise leading banks and equity financiers in the energy and infrastructure sector.

NextEnergy Capital is also active in the development phase of solar projects. It is progressing a very large pipeline of development projects in the UK totalling in excess of 2GWp and is developing a pipeline of 300MWp in Italy.

IBC SOLAR is a leading global provider of photovoltaic and energy storage solutions and services. The company offers complete systems and covers the entire product range from planning to the turnkey handover of photovoltaic systems. The product range comprises solar parks, self-consumption systems for commercial enterprises and private households, off-grid photovoltaic systems and diesel hybrid solutions. As a project developer and general contractor, IBC SOLAR implements and markets major solar projects worldwide. The manufacturer-independent system house guarantees the highest quality for all projects and has currently implemented photovoltaic systems with an output of 4,2 gigawatts worldwide.

IBC SOLAR was founded by Udo Möhrstedt in Bad Staffelstein in 1982 who has managed the company as the Chairman of the Executive Board to date. The system house is a pioneer of the energy turnaround in Germany and is especially committed to energy cooperatives with its own planned public solar parks. The company is active internationally with numerous regional companies, sales offices and partner companies in more than 30 countries.