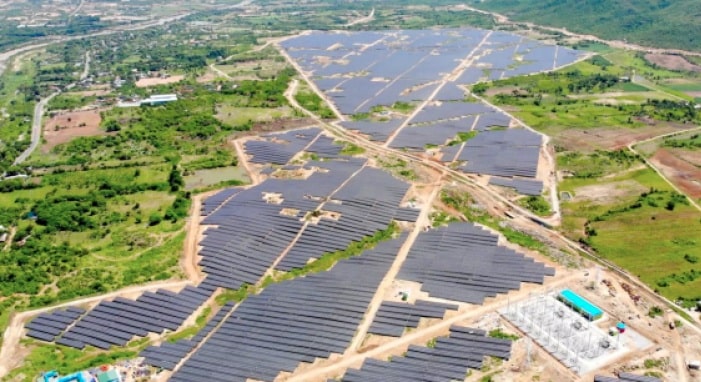 As one of the country’s largest PV projects to date, it will power the equivalent of roughly 192,000 homes under a 20-year solar power purchase agreement (PPA), the signing of which was announced last year. The plant was completed ahead of schedule and in time to receive a feed-in tariff (FiT) of US$9.35 cents per unit under the 30 June deadline.

The project, which is majority-owned by Sunseap International, offered employment opportunities to more than 2,000 workers.

Frank Phuan, co-founder and director of the Sunseap Group, said: “This project affirms Sunseap’s mission of developing affordable and reliable solar energy solutions that benefit communities while saving the environment. We hope that more communities in Vietnam will consider switching to solar for a sustainable future.”

Allard Nooy, CEO of InfraCo Asia, said: “Developing the Ninh Thuan Solar Power Plant in partnership with Sunseap supports InfraCo Asia’s aim to serve as a catalyst for future infrastructure development in the countries and sectors in which we work.

We hope this project will serve as a benchmark for future investors, demonstrating the commercial viability, development impact, and environmental benefits that can be achieved. We are very glad to have worked with Sunseap on this project in a true partnership agreement.”