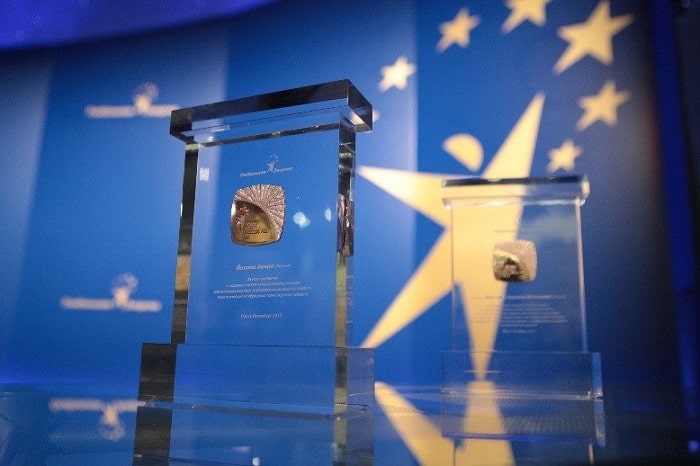 The Global Energy Association represents the top-15 candidates who were included in the short list of candidates for the Global Energy Prize this year. Among the nominees are leading world scientists, representatives of the UK, Denmark, China, the Netherlands, Russia and the USA. The laureates will be announced on May, 30 during the official press conference.

39 scientists from 12 countries took part in the contention for the Prize in the XVII nomination cycle of Global Energy Prize. The short list is based on the international experts` assessments. Starting from this year, the Prize will be given in three categories: “Traditional energy”, “Non-traditional energy” and “New ways of energy application”. The short list includes five candidates in each of the nominations.

Most submissions for the Prize were accepted for the “Traditional energy” nomination, secondly for the “Non-traditional energy” and thirdly – “New ways of energy application”. It is noteworthy that the analysis of all areas of scientific research of nominees of this year shows that the majority of studies are dedicated to renewable energy (20.51%), followed by work related to the areas of nuclear energy (12.82%), energy efficiency (12.82%) and electricity (12.82%).

The short list of the 2019 Global Energy Prize nominees is as follows:

Academician Igor Grekhov (Russia) – “for his outstanding contribution to power semiconductor electronics and for the invention of new principles of high-speed switching of high power with semiconductor devices”;

Professor Zhongmin Liu (China) – “for research, commercialization and development of technologies for producing olefins and ethanol from methanol for efficient coal conversion”;

RAS Academician Viktor Maslov (Russia) – “for fundamental contribution to the basics of supercritical regime in thermodynamics and safety of nuclear power plants in emergency situations through the theoretical development of technological measures to eliminate and prevent accidents”;

Professor Sergey Mirnov (Russia) – “for his exceptional contribution to the development of thermonuclear fusion technologies as a sustainable source of future energy”;

Dr. DmitriyZverev (Russia) – “for outstanding contribution to the creation and development of low-power reactor plants for the icebreaker fleet and power supply of the Arctic region”.

Professor FredeBlaabjerg (Denmark)– “for outstanding technical contribution to the development of power electronic technology with the aim of widespread growth in the use of renewable energy”;

Professor Nigel Brandon (UK) – “for fundamental work in the field of materials science and development of technology for the creation of solid oxide fuel cells and composite electrodes for fuel cells and batteries”;

Dr. Arthur Nozik (USA)–“for fundamental and applied research of direct conversion of light energy into solar fuel, chemical products and electricity, as well as research of optical and electronic properties of nanostructures and their possible applications”;

Professor Henry James Snate (UK) – “for the discovery and development of efficient perovskite solar cells and the commercialization of tandem perovskite-silicon solar cells with efficiency above 28%”;

Dr. Khalil Amin (USA) – “for his outstanding contribution to the development of the global electrochemical industry and the development of technologies for the production of high-performance cathodes, anodes and electrolytes for lithium-ion batteries of the new generation”;

Professor Kemal Hanjalik (Netherlands) – “for fundamental and applied research in the field of turbulence, the development of statistical, vortex and hybrid modeling methods, as well as successful demonstration of their capabilities in the study of new and improvement of existing processes and equipment in energy and ecology”;

RAS Academician Dr. Alexey Hohlov (Russia) – “for outstanding achievements in the physics of polymers, which led to the creation of polymer materials for the effective absorption of solar energy and electro chemical power sources”.
Dr. Mercouri G. Kanatzidis (USA)– “for outstanding achievements in the development of semiconductor thermo electric materials for the efficient conversion of thermal energy into electrical energy and the development of photovoltaic devices based on perovskites”.
Recall that the meeting of the International Award Committee will be held in Moscow on May, 28. During the voting, 20 experts from 14 countries will determine the laureates of the Prize and their names will be announced at the official press conference.