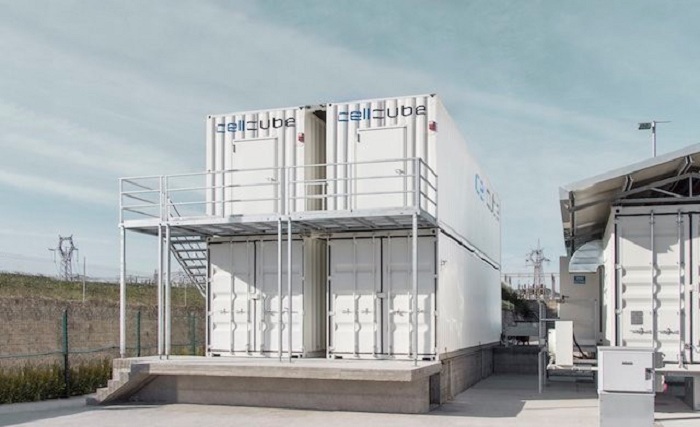 Renewables firm Pangea Energy and vanadium battery producer CellCube have signed on to build a 50-MW storage system alongside a solar farm in South Australia.

Construction of the 50-MW/200-MWh grid-scale battery is expected to begin before the end of the year, with plans to be operational in 2020.

Developed across 79 ha in Port Augusta, the US $200 million (AU $290 million) project is the latest in a string of solar and wind farms proposed to be built in South Australia’s Mid North.

CellCube CEO Stefan Schauss said the battery would offer multiple grid services such as voltage compensation, reactive power and frequency regulation services and renewable baseload to the Australian market alongside a planned 50MW solar project on the same site.

He said the project was a wonderful example of how renewable energy generation and “safe, reliable and sustainable energy storage technology such as the vanadium redox-flow battery” can provide renewable baseload energy.

“Our new high performing CellCube is three times more efficient than any power-2-X or hydrogen technology which will not be available at this scale in the next three years,” Schauss said.

“CellCube also offers a lifetime support of 25 years with no degradation or augmentation like needed for lithium. This is real true value for money.”

The town of Port Augusta has a population of 6500 and is located about 300km north of Adelaide, the South Australian capital.

The closure of the 784MW coal-fired Port Augusta power stations in 2016 signaled an important transition for South Australia, allowing the state to focus on renewables and become a global leader in wind and solar generation.

This has included the commissioning of several major wind farms, the nearby Bungala Solar Power Project and the installation of Tesla’s ‘world’s biggest battery’ at Neoen’s Hornsdale wind farm in the state’s Mid North.

“Choosing vanadium and working with CellCube as market leader in the vanadium related storage industry is a perfect match for our project,” he said.

“Australia has massive vanadium resources and the exploration of vanadium is pretty simple, cheap and does not have the impact on nature and labour conditions such as cobalt or other rare earths in the lithium industry.”

The Pangea storage project was initiated in 2016 and, after securing regulatory approvals, is on the later stages of predevelopment.