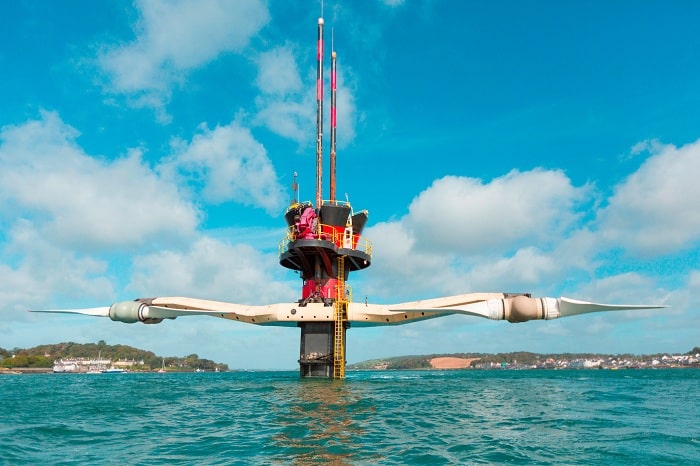 SIMEC Atlantis Energy Limited, the global developer, owner and operator of sustainable energy projects, is pleased to announce that it has successfully decommissioned the SeaGen tidal turbine support structure in Strangford Narrows, Northern Ireland. This marks the completion of the 1.2MW SeaGen tidal stream energy project lifecycle and is the first commercial scale tidal turbine development to be fully decommissioned.

Specialist UK-based marine business Keynvor MorLift ltd. (KML) was appointed as the Principal Contractor to carry out the decommissioning engineering, planning and offshore works. The final major lift operations included the rigging, cutting and lifting of the over 500 tonne structure by KML which was safely and expertly executed at Strangford Lough.

The surface piercing tidal SeaGen system was installed in 2008 and became the world’s first commercial scale, electricity generating, grid connected tidal stream project. It exported over 11.6GWh of power during its useful life and the lessons learned from the project have underpinned both present and future global tidal turbine development whilst helping to shape the success of MeyGen, the world’s largest multi-megawatt tidal stream array. MeyGen has now exported circa 19GWh of electricity to the national grid and its total system availability, a key performance metric, is approaching 90% for 2019 to date.

The first phase of decommissioning SeaGen started in May 2016 with the removal of the system’s two 600kW Powertrains. In August 2018 the topsides and crossbeam were removed, and final works were completed with the successful removal of the remaining tower and subsea structure.