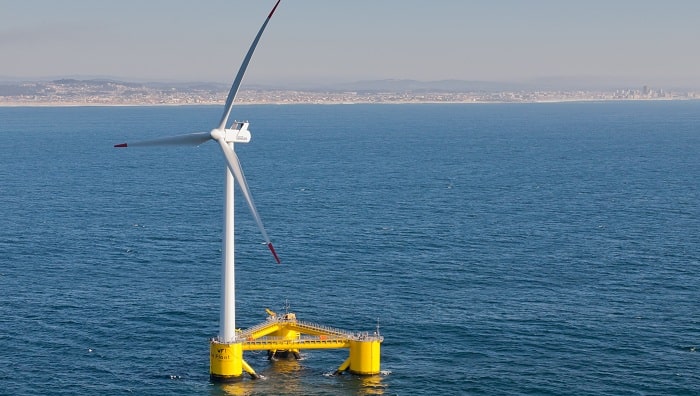 Portugal’s leading marine renewable energy organisation, WavEC Offshore Renewables, is teaming up with the Embassy of Canada to host a virtual conference called ‘Advancing the Blue Economy through Intercontinental Collaboration’ in December.

WavEC President António Sarmento said: “We are thrilled to be staging this event with our Canadian colleagues where we can share our passion and global intelligence about the thriving blue economy.

“Both countries are responsible for large ocean areas and recognise the need for a better understanding of the physical and biological processes that occur in the ocean resulting from external drivers, which also influence climate change.”

WavEC President Sarmento added: “As international partners, our nations are interested in the sustainable and responsible exploitation of ocean resources in several key areas including energy, food and materials.

“In turn, we are keen to enhance knowledge and understanding of the huge opportunities to develop technologies for better monitoring and observation of the ocean and its vast resources.”

He said in years to come, “oceans will inevitably play an increasingly important role supporting global economic growth. However, if we don’t develop the right technology now to ensure sustainable development, it will have a devastating impact on the marine environment.”

Portugal’s commitment to clean energy is underpinned by its National Energy and Climate Plan 2030, which is aiming for 80% of renewables in its energy mix by 2030.

Meanwhile, renewable energy in Canada currently provides around 17% of the nation’s primary energy supply, with the majority attributed to hydropower.

Ambassador of Canada to Portugal Lisa Rice Madan said building a sustainable ocean economy “is both a global challenge and an opportunity”.

“Canada is privileged to have an abundance of blue resources – oceans, seas, lakes, and rivers – and a unique environment for the development of marine renewable energy and the creation of a sustainable and prosperous Blue Economy.

“It is one of the world’s few ocean economies characterized by significant activity in all major ocean sectors, including fisheries and aquaculture; ocean renewable energy; marine transportation; defense and security; offshore oil and gas exploration; and tourism.”

“This breadth of activity means there is a large pool of potential partners for innovation, collaboration and investment, in particular with countries, such as Portugal, which value the vast potential of oceans while understanding the need to protect them.”