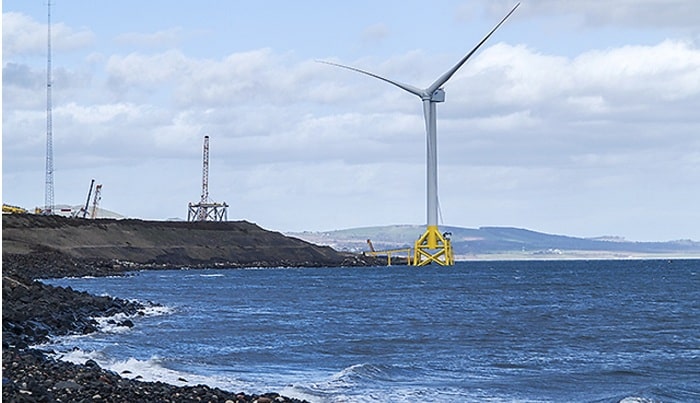 The UK’s Offshore Renewable Energy (ORE) Catapult has announced that the inspect-and-repair robot being developed with BladeBUG has achieved the world’s first blade walk on an offshore wind turbine.

The robot is being developed by the companies under a £1m collaboration project, which is partly funded by Innovate UK. The six-legged robot walked on blades at ORE Catapult’s 7MW Levenmouth Demonstration turbine at Methil, Fife.

ORE Catapult operational performance director Chris Hill said: “This is an incredibly significant technology that we know is being keenly watched by the industry as a potential gamechanger.

“It has a clear potential for cutting costs, reducing human offshore deployment and increasing blade lifetimes. But, we had yet to see how the robot would perform on a real turbine out at sea.

“I consider BladeBUG’s first walk at Levenmouth as offshore wind’s ‘moonwalk’ – a historic milestone in the industry’s evolution. Robotics are here to stay, and they will be an essential ingredient to operating ever-expanding wind farms, deeper-water sites and faster, bigger turbines in the coming years.”

During the demonstration, the BladeBUG robot travelled 50m on a vertically positioned blade on the Levenmouth turbine. During the tests, the robot’s vacuum-padded feet also firmly held the blade surfaces in offshore conditions and traversed through varying curvature of blade surfaces in various scenarios.