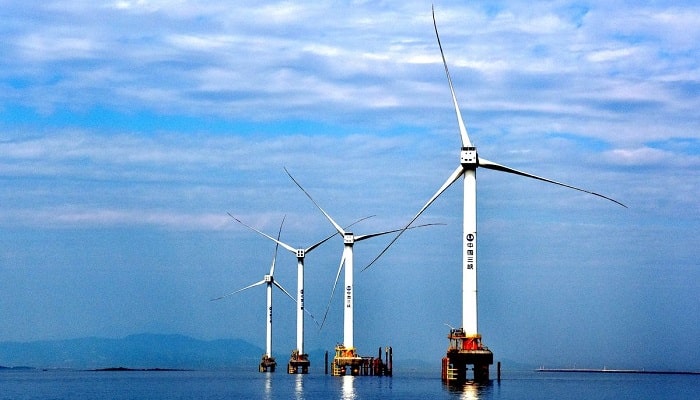 During the first half of 2022, 33 new offshore wind farms were operational (defined as having all turbines erected and generating power), of which 25 were erected in China, 5 in Vietnam, and 1 each in the UK, South Korea, and Italy. With 24.9 GW of installed capacity, China increased its position as the world’s largest offshore wind market, surpassing the combined capacities of the UK (13.6 GW), Germany (7.7 GW), and the Netherlands (3.0 GW). Notably, 45% of the world’s overall offshore wind capacity is now present in China.

China once again takes the lead when it comes to offshore wind farms that are currently being built. The offshore wind industry in China is expanding, and 3,195 MW of new capacity is now being built. With 2,505 MW of additional capacity under construction, Taiwan is in second place, followed closely by the Netherlands (2,259 MW). With 1,590 MW and 1,473 MW under construction, the UK and France are in fourth and fifth place, respectively. Germany started offshore construction work for two projects with a cumulative capacity of 599 MW after two years with no offshore wind building activities.

Managing Director, World Forum Offshore Wind, Gunnar Herzig, says that it is exciting to see more and more nations around the world engaging in offshore wind energy, even though China is obviously dominating the global offshore wind market. Offshore wind as an industry will be more resilient against economic upheavals the more globally it develops. WFO will keep working to promote wind energy internationally.