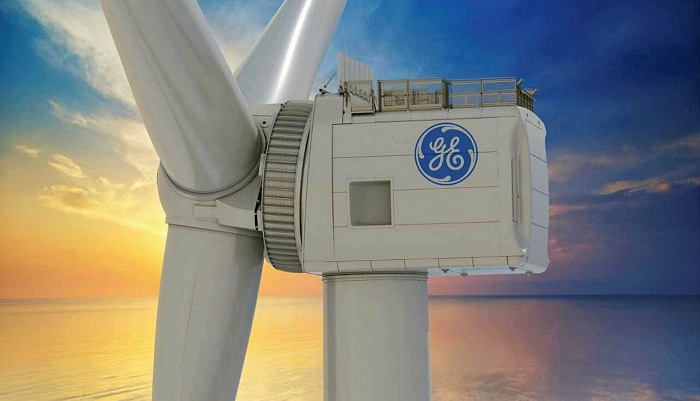 GE’s prototype to undergo a series of tests at 13 MW power output to obtain its type certificate in the coming months. The uprated 13 MW version will continue to feature 107-meter long blades and 220-meter rotor, and will be able to generate 4% more energy than before.

Haliade-X technology has already been selected for 4.8 GW of projects in the US and the UK.

GE Renewable Energy announced today that its Haliade-X prototype, the world’s most powerful wind turbine operating to date, has being optimized and is now operating at a 13 MW power output. During the following months, this prototype will undergo a series of tests to perform different types of measurements and obtain its type certificate in the coming months.

The Haliade-X 13 MW, which is an uprated version of the prototype that has been successfully operating in Rotterdam since November 2019, recently secured its provisional type certificate§ and set a new world record by generating 288 MWh in one single day.

This uprated 13 MW Haliade-X version will continue to feature 107-meter long blades and a 220-meter rotor and will be able to generate 4% more Annual Energy Production (AEP) than the previous 12 MW version of the prototype.

Vincent Schellings, Chief Technology Officer for Offshore Wind at GE Renewable Energy, said “With three years in the making, the Haliade-X platform has proven to be a successful story. Combined with almost 5 GW of customer commitments and an international testing and R&D program, the 13 MW uprated version is a true testament of how we continue to innovate and develop our Haliade-X technology to address our customers’ needs.”

The Haliade-X technology has also been selected as the preferred wind turbine for the 120 MW Skipjack and 1,100 MW Ocean Wind projects in the US.

Launched in 2018, GE’s Haliade-X offshore wind platform is helping to drive down offshore wind’s levelized cost of energy (LCOE) and is making offshore wind energy a more affordable source of renewable energy. The Haliade-X platform serial production will kick off in the second half of 2021 at GE’s Saint-Nazaire factory in France.

The prototype located in Rotterdam set a new world record in January 2020 by generating 288 MWh of continuous power in one day. It has also been recognized as the Best Sustainable Invention of the Year by TIME magazine (December 2019) and Best Wind Turbine of the Year (January 2020) by Wind Power Monthly magazine.