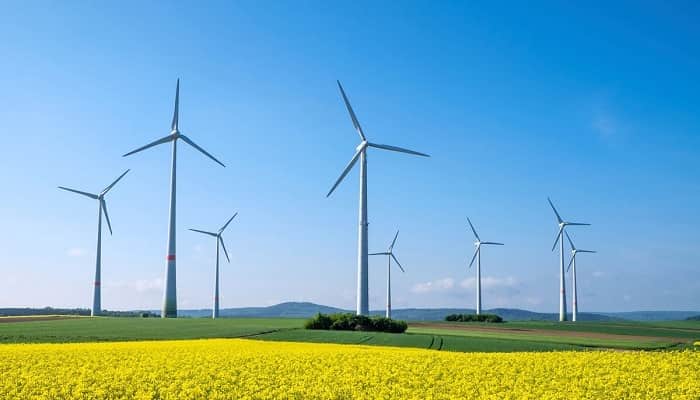 According to Wind Energy Ireland’s annual Building Communities report, local projects in the area received more than €4.3 million in funding from wind farms last year through community benefit funds. This represents a rise of more than €300,000 from 2020 and illustrates the ongoing expansion of renewable energy.

The money was allocated among 19 counties and used to fund a range of regional initiatives, from the establishment of sports teams and education programmes to the installation of solar panels and improvements to community buildings’ energy efficiency.

Many of these wonderful local projects would otherwise struggle to secure funding, illustrating the benefits of reducing carbon emissions and giving consumers cheaper power, coupled with the positive effect that wind farms have in their communities.

The top five counties to get funds in 2021 were Galway, Cork, Kerry, Mayo, as well as Tipperary.

Irish Community Air Ambulance, Ireland’s first and sole charity-funded helicopter emergency medical service, was one of the awardees. It is situated in Cork. The organisation was one of 37 initiatives that received financing from the over €120,000 Coomacheo and Curragh Community Fund from 2021 SSE Renewables.

The Irish Community Air Ambulance’s key relationships manager, Karen O’Sullivan, emphasised the vital role the organisation played in ensuring that patients from rural communities had equal access to medical care. She said that they are thrilled to be receiving aid from SSE Renewables, as this will allow them to continue their services. Support like this enables them to give hope to the neediest so they can obtain the same treatment as people who live close to big hospitals and urban centres.

St. Francis’ National School in Barnesmore, Donegal, was able to install a sensory garden thanks to funding from the Energia Meenadreen wind farm community benefit fund, and in Tipperary, ESB gave €8,000 to the Cappawhite Community Council to fund the activities of the Cnoc Rua Recreational Centre, a social facility for older people in the area that provided meals to its members during the COVID restrictions.

According to Mr. Cunniffe, as new wind farms are connected to the grid each year in accordance with the Climate Action Plan, the number of projects receiving aid from the fund will rise annually. As more wind farms hook up to the grid, the amount of money spent by their members in rural communities will only grow. This is on top of the €50 million in rates that wind farms pay to local county councils each year, which is used to pay for roads, libraries, and other services throughout rural Ireland.