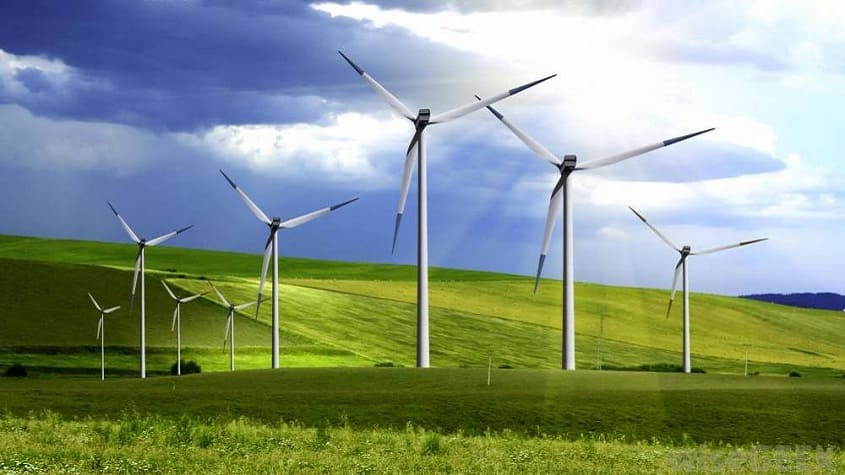 Microsoft is entering into a 15-year power purchase agreement (PPA) with GE to purchase 100 percent of the wind energy from its new, 37-megawatt Tullahennel wind farm in County Kerry, Ireland. The agreement will help support the growing demand for Microsoft Cloud services from Ireland. As part of the deal, Microsoft also signed an agreement with Dublin-based energy trading company ElectroRoute; it will provide energy trading services to Microsoft.

In addition to producing energy, the project will produce valuable data on energy storage. Each turbine will have an integrated battery; Microsoft and GE will test how these batteries can be used to capture and store excess energy, and then provide it back to the grid as needed. This provides more predictable power to an increasingly green Irish grid, by smoothing out peaks and valleys in wind production. This will better enable intermittent clean power sources like wind energy to be added to the Irish grid. This will be the first deployment of battery integration into wind turbines to store energy in Europe.

“Microsoft is proud to be deepening our long history of investment and partnership in Ireland with this agreement,” said Christian Belady, general manager, Datacenter Strategy at Microsoft. “Our commitment will help bring new, clean energy to the Irish grid, and contains innovative elements that have the potential to grow the capacity, reliability and capability of the grid. This will make it easier to incorporate new clean power sources like wind energy, and that is good for the environment, for Ireland and for our company.”

Andrès Isaza, chief commercial officer of GE Renewable Energy, said, “This partnership with Microsoft expands GE’s considerable presence and investment in Ireland, where we already employ over 1,500 people and in particular in the renewable energy sector. Wind is now one of the most competitive sources of electricity on the market today, and we’re excited about the capability to use data generated from these wind turbines, using the Predix platform, to maximize the output and value of this project.”
Microsoft is also acquiring an Irish energy supply license from GE. The supply license will benefit both Microsoft and the Irish power grid, as it allows the company the flexibility to easily grow and invest in renewable energy in Ireland over time. ElectroRoute will act as trading service provider for the supply company.

“ElectroRoute is delighted to work with Microsoft and GE to structure and manage the energy trading activities for the supply company,” said Ronan Doherty, chief executive at ElectroRoute. “The wind energy sector is particularly vibrant in Ireland at the moment, and we are seeing the emergence of an array of new structures and procurement approaches, which I feel will persist and grow into the future.”

This agreement continues Microsoft’s history of supporting sustainability projects in Ireland, including a new forestry initiative announced earlier this year and investments in energy efficiency measures and technologies that have greatly reduced its energy and water footprint.

Once operational, the new wind project will bring Microsoft’s total global direct procurement in renewable energy projects to almost 600 megawatts. In 2016, Microsoft set clean energy commitments to power its datacenters and bring new renewable energy sources online in the communities in which it operates.

About ElectroRoute
ElectroRoute, majority owned by Mitsubishi Corporation, is an innovative energy trading and services company headquartered in Dublin, Ireland. ElectroRoute trades energy on a 24/7 basis across nine European countries. It also provides managed trading services to energy assets, giving them ready access to pan-European markets and currently has over 700 megawatts of assets under management.

About GE
GE (NYSE: GE) is the world’s Digital Industrial Company, transforming industry with software-defined machines and solutions that are connected, responsive and predictive. GE is organized around a global exchange of knowledge, the “GE Store,” through which each business shares and accesses the same technology, markets, structure and intellect. Each invention further fuels innovation and application across our industrial sectors. With people, services, technology and scale, GE delivers better outcomes for customers by speaking the language of industry. www.ge.com

About Microsoft
Microsoft (Nasdaq “MSFT” @microsoft) is the leading platform and productivity company for the mobile-first, cloud-first world, and its mission is to empower every person and every organization on the planet to achieve more.