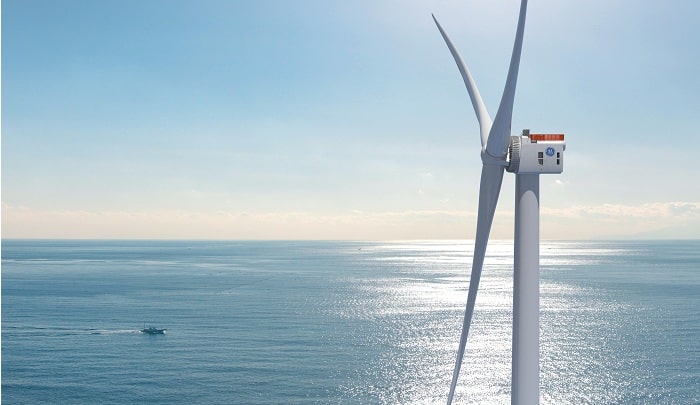 In the US alone, seven states on the east coast have committed to building a total of 20 GW of offshore wind capacity by 2035, emphasising the need for a broad and diverse supplier base.

“We look forward to introducing the next generation offshore wind turbine to the market. For decades, Orsted has pioneered the introduction of new technology and new suppliers which has been fundamental to drive down the cost of electricity, and today offshore wind is a competitive source of homegrown clean energy that can help countries and states achieve their climate targets while creating long-lasting economic activity. We are delighted to see GE’s long-term commitment to offshore wind and to partner with them on our Mid-Atlantic cluster.”

“We are truly excited to be selected preferred supplier with the most powerful offshore wind turbine on the market by the global market leader. Offshore wind is a high-growth segment for our company, and like Orsted, we are enthusiastic about the potential of offshore wind, both in the US and globally.  As this announcement demonstrates, our significant investment in technology innovation, which leverages all appropriate resources within GE, positions us to help our customers lower the cost of energy produced by clean, abundant, reliable offshore wind. We thank Orsted for their trust and commitment.”

About Orsted
The Orsted vision is a world that runs entirely on green energy. Orsted develops, constructs and operates offshore and onshore wind farms, bioenergy plants and provides energy products to its customers. Headquartered in Denmark, Orsted employs 6,300 people. Orsted’s shares are listed on Copenhagen (Orsted). In 2018, the group’s revenue was DKK 76.9 billion (EUR 10.3 billion). For more information on Orsted.