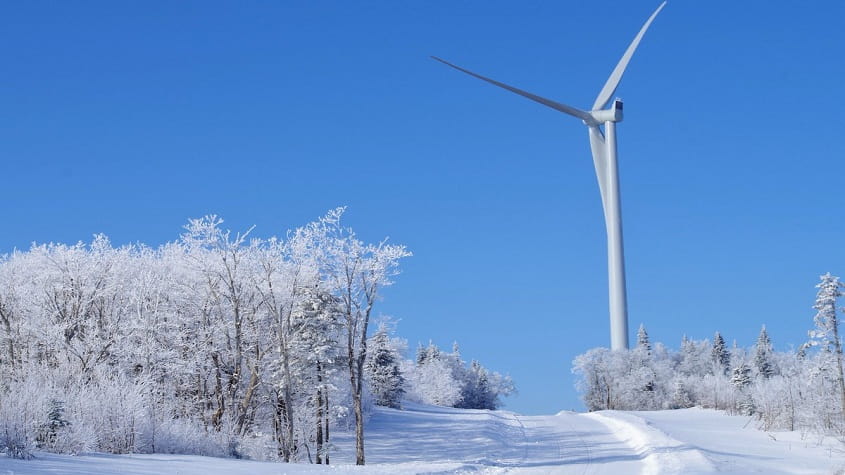 As announced in June 2017, the facility will be acquired by Pattern Energy Group Inc. (Pattern Energy) and PSP Investments. Closing is expected in the coming weeks.

“The successful completion of our first project in Québec brings our total operational capacity in Canada to 1,533 MW, making Pattern the largest wind power producer in the country with nine facilities across four provinces,” said Mike Garland, CEO of Pattern Development. “Mont Sainte-Marguerite Wind brought strong economic benefits to the Beauce region through its use of local construction workers from Québec and Siemens Gamesa wind turbines with locally-sourced components, supporting manufacturers in the province. Going forward the facility will generate millions of dollars for our community partners, the municipalities of Sacré-Coeur-de-Jésus, Saint-Sylvestre and Saint-Séverin.”

“Congratulations to our partners on the commissioning of the Mont Sainte-Marguerite Wind farm,” said David Hickey, head of the Siemens Gamesa business in Canada. “With towers and hubs produced by local workers in the Gaspésie region, this wind farm is another great example of the positive economic impact the wind power industry has for the region and is a progressive step towards environmental sustainability.”

The Mont Sainte-Marguerite Wind facility is utilizing 46 Siemens Gamesa innovative 3.2 MW direct drive wind turbines with components made in Canada, including the turbine hubs and towers, which were built in Québec, leveraging the highly-skilled labor force and manufacturing facilities in the province. The turbine hubs were provided by Québec-based Group FabDelta. The turbine blades were manufactured in Ontario and the towers were manufactured by Marmen at the company’s facility in Matane, Québec.

More than 350 skilled workers were employed on site at the peak of construction activity and Mont Sainte-Marguerite Wind has approximately ten permanent employees for ongoing operations and maintenance, in addition to utilizing a number of local contractors.

Mont Sainte-Marguerite Wind is bringing strong economic benefits to the local community, including more than $775,000 annually to Pattern Development’s community partners, the municipalities of Sacré-Coeur-de-Jésus, Saint-Sylvestre and Saint-Séverin, which are stakeholders in the facility and active participants in its development.

The facility operates under a 25-year power purchase agreement (PPA) with Hydro-Québec Distribution. Mont Sainte-Marguerite Wind facility is expected to generate enough power for approximately 28,000 Québec homes annually, according to power use statistics from Hydro-Québec. The facility site, located on one of the higher elevations in Southern Québec, has one of the strongest wind resources in the region.

The Mont Sainte-Marguerite Wind facility was constructed by Borea Construction, under the supervision of Pattern Development’s construction management team.