Renewable energy company Renovalia Reserve has expanded its energy portfolio with two wind projects with a combined capacity of 228MW in Mexico.

The two projects include a 90MW operational project and a 137.5MW farm currently under construction.

With these developments, Renovalia Reserve, a joint venture between private equity firm First Reserve and Spanish developer Renovalia Energy, has increased its power generation capacity by twice through wind projects.

Renovalia Reserve board member John Barry stated that the expansion of the portfolio is in line with company’s expansion strategy.

“Growth in electricity demand is expected to continue to trend upward based on the pace of population and industrial and manufacturing growth, and the legal and regulatory framework signals stability and predictability of renewable energy policies for the region,” added Barry.

Meanwhile, the 137.5MW farm is expected to be fully operational in early 2014. 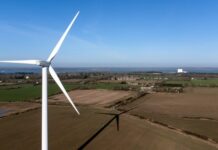