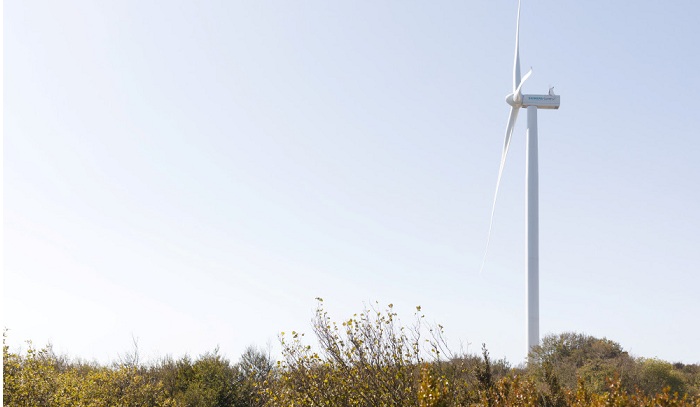 Siemens Gamesa and Spanish energy giant Repsol have signed their first contract together that will see the installation of 24 SG 5.0-145 wind turbines across four wind farms in Spain, with a total installed capacity of 120 MW. This is the first contract between the pair as Repsol rolls out its ambitious growth plans in renewable energy.

The SG 5.0-145 is one of the most powerful onshore turbines in Spain, with just one supplying sufficient green energy to around 4,000 households. The wind farms are scheduled to be commissioned between the end of 2021 and the beginning of 2022. The agreement includes the maintenance of the turbines for a period of five years.

Repsol’s Delta II project consists of 26 wind farms located in the provinces of Huesca, Zaragoza and Teruel. It will have a capacity of 860 MW, and will be developed between now and 2023. When operational it will supply electricity to 1.8 million people, over the entire population of the region of Aragon. In addition, it will prevent the emission of more than 2.6 million tonnes of CO2 per year. The wind farms in Valladolid correspond to the PI project, which will have a total installed capacity of 175 MW.

“It is a great satisfaction to have reached this first agreement with Repsol, which I am sure will be the first of many. We are also proud to contribute to the ambitious renewable growth plans of one of Spain’s largest and most international energy companies. Together we will collaborate to help meet the country’s decarbonisation targets,” said Enrique Pedrosa, Siemens Gamesa Managing director for Spain. Siemens Gamesa also supplies the wind turbines for the Cabo Leones III project, which Repsol is developing in Chile in its joint venture with Ibereólica Renovables.

“It is a very important milestone for Repsol to have reached such an agreement with a manufacturer with the technology and experience of Siemens Gamesa. We have set very ambitious targets for growth in renewables and being able to work with a company like Siemens Gamesa will help us along the way,” said Repsol’s Director of Renewables, João Paulo Costeira.

Once these four parks are operational, they will be supply enough clean energy to power around 130,000 Spanish households and will prevent the emission of 430,000 tonnes of CO2, equivalent to that produced by around 150,000 vehicles. To avoid a similar amount of emissions, around seven million trees would have to be planted.

The 24 nacelles will be assembled at Siemens Gamesa’s plant in Ágreda (Soria), the gearboxes will be produced at the plants in Asteasu (Guipúzcoa), Lerma (Burgos) and the city of Burgos, and the electrical components will be produced at the factories in Reinosa (Cantabria), San Fernando de Henares (Madrid) and Benisanó (Valencia). Siemens Gamesa has nine plants in Spain employing 1,200 people, and 4,500 employees in total in the country.

The 120 MW agreement will consolidate Siemens Gamesa’s leadership in Spain, where it has nearly 15 GW installed and a 53% market share, according to the latest available data from the Spanish Wind Energy Association (AEE).

The new project will also boost activity at Siemens Gamesa’s Spanish suppliers, which will be involved in the production of various components. In 2020, Siemens Gamesa’s purchases from Spanish companies amounted to €1,253 million, 4% higher than the previous year.

Repsol aims through projects such as these to contribute to the country’s industrial development and make steady progress towards achieving its low-carbon generation targets under its 2021-2025 strategic plan, which includes reaching 7,500 MW of low-emission generation by 2025, and double that figure by 2030. The strategy will see the company make investments of up to €18.3 billion with 30% of the total, or €5.5 billion, to be allocated to low-carbon initiatives. All of this is part of its roadmap to become a zero net emissions company by 2050.

Spain offers one of the highest rates of expected renewable energy growth. The goal set by the government for 2030 is to achieve 42% of final energy use from renewables, compared to 20% in 2020, with the stake of renewable energy in the electricity mix rising to 74%, and to 100% by 2050. New renewable energy auctions in Spain are among the measures planned to help meet this growth in renewables with an estimated allocation of 20 GW by 2025, half of which will be in wind energy.

Siemens Gamesa unleashes the power of wind. For more than 40 years, we have been a pioneer and leader in the wind industry, and today our team of more than 25,000 people is working at the heart of the global energy revolution to address the most important challenge of our generation: the climate crisis. With a leading position in onshore, offshore and services, we design, build and deliver powerful and reliable wind energy solutions in close collaboration with our customers. As a global company with local impact, we have installed more than 110 GW and provide access to clean, affordable and sustainable energy that keeps the lights on around the world.

Repsol is a global multi-energy company that is leading the energy transition and has set itself the goal of becoming zero net emissions by 2050. It is present throughout the entire energy value chain and employs 24,000 people. It is a major player in the electricity and gas market in Spain, with 1.2 million customers. Repsol currently has almost 3,300 MW of total installed low-carbon generation capacity and more than 2,600 MW under development.