On 1 July 2018, wind turbines with the world’s largest capacity were taken into operation at Vattenfall’s offshore wind farm Aberdeen Bay. One single rotor lap from the record 8.8 MW turbine provides a British household with electricity for a full day. 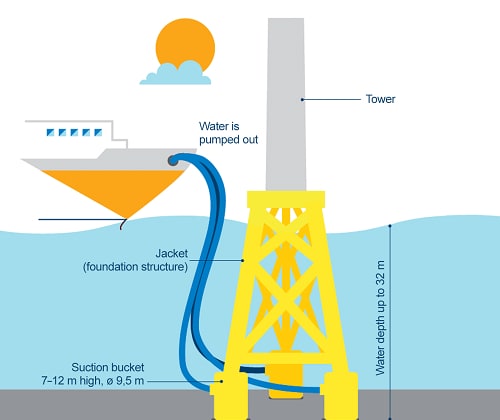 Gunnar Groebler, Head of Business Area Wind at Vattenfall, says: “The fact that EOWDC now can start delivering electricity after a very short construction time is satisfactory. A sincere “thank you” to all people involved, both from Vattenfall and from our partners for making it happen. Now Vattenfall is given the opportunity to continue to push forward the development of tomorrow’s wind power technology, thus helping our customers to live fossil-free within a generation.”

At EOWDC, essentially two areas will be studied:
* New wind power technology
* How the marine life is affected by wind farms

The future wind power technology is being tested at Aberdeen Bay, which is one of the first testing facilities of its kind. The aim is to accelerate the development of the wind power industry into competitive renewable electricity generation. The eleven wind turbines, two 8.8 MW and nine 8.4 MW, have the largest turbine capacity in commercial operation in the world. One single rotor lap from the record 8.8 MW turbine provides a British household with electricity for a full day.
The technology for building the foundations of the turbine towers is new. Instead of using traditional monopiles (hollow steel tubes), a new technique has been used at Aberdeen Bay; so-called suction buckets. The method is basically silent and therefore the disturbance of wildlife at sea are minimized.

For studies of marine wildlife around wind farms, EOWDC has received EUR 0.5 million in support from the EU. Dolphins, salmon, sea trout and sea birds belong to the species to be studied at the wind farm. 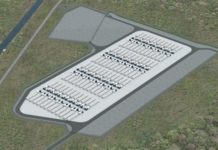 Wartsila to supply energy storage for two projects in Texas, US