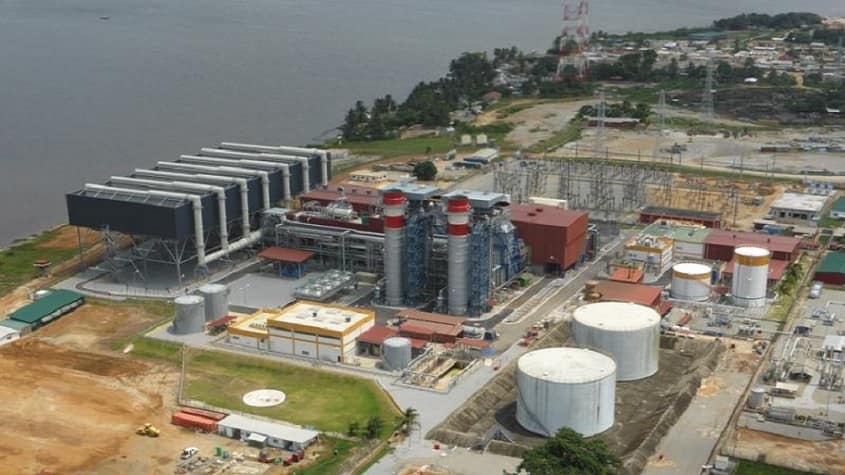 GE’s hardware upgrade and Operations Optimization (https://goo.gl/NmE1nY) digital solutions will help increase power output by up to 30 megawatts (MW) and will equip Azito with the insights it needs to increase efficiency and improve operations at the power plant. The project, located in the Yopougon district of Ivory Coast, marks GE’s first GT13E2 MXL2 gas turbine upgrade (https://Goo.gl/x8TSgC) order in Sub-Saharan Africa.

“As the electricity sector has undergone significant reform in Ivory Coast, new regulations have helped foster a more welcoming environment to help Ivorians gain access to electricity,” said Luc Aye, managing director of Azito Energie. “At the center of this agreement with GE is our commitment to provide the people of Ivory Coast with access to more reliable electricity. With GE’s upgrade package and digital solutions, we will produce more power, improve the efficiency of the plant and reduce our carbon footprint.”

In addition to increasing power output by up to 30 MW, upgrades on the turbines are expected to deliver a combined-cycle efficiency increase, resulting in significant fuel savings and reduced CO2 emissions. GE’s solutions will also extend inspection intervals for the gas turbines, reducing maintenance and repair expenses—which, in turn, will reduce overall plant costs and result in improving profitability.

“With the Azito power plant producing more than a third of the electricity in Ivory Coast, these improvements will have a wide-reaching impact on the country’s energy landscape” said Elisee Sezan, general manager, GE’s Power Services business for Sub-Saharan Africa. “Until two decades ago, the country was heavily reliant upon hydroelectric power and fell into an energy crisis when the electricity output from its dams was drastically reduced due to droughts. With this project, we look forward to supporting Azito Energie in its efforts to help Ivory Coast achieve its strategic energy objectives (https://Goo.gl/d9n1uQ) to increase existing plants’ efficiency and double the installed capacity it had in early 2013 by 2020.”

The installation of GE’s Predix*-based Operations Optimization solution will provide numerous operational benefits at the Azito plant. Slated for installation in mid-2018, the software will equip Azito with deep insights and key performance indicator (KPI)-based analytics to help improve overall plant performance. It delivers enterprise data visibility across power plant and fleet-wide footprints, providing a holistic understanding of operational decisions. The solution also can provide operational benefits such as:

GE is a historical player and a pioneer in Ivory Coast, particularly in the power sector. For example, the first ever gas turbines (Vridi, 1984), the first independent power production project (Ciprel, 1994) and the first combined-cycle power plants in the country (Azito and Ciprel, 2015) all run mainly on GE technology. In 2015, the company demonstrated its commitment to help bolster the Ivorian power sector to meet future demand increases and challenges with the signing of a cross-sector Memorandum of Understanding (MoU) with the Government of Ivory Coast. In the MoU, GE agreed to support the country in attaining its infrastructure development goals, which include adding 1 gigawatt of power to the Ivorian national grid.

* Trademark of GE; may be registered in one or more countries.

About Azito Energie S.A
Azito Energie S.A. (www.AzitoEnergie.com) develops, owns, and operates the Azito power plant that produces electricity using natural gas resources in Ivory Coast. The company was founded in 1997 and is based in Abidjan, Ivory Coast. As of November 1, 2010, Azito Energie S.A. is owned by Globeleq Generation Limited and Industrial Promotion Services (West Africa). Azito Operations and Management (Azito O&M), a subsidiary of Globeleq, is operating and maintaining the plant under an operation and maintenance agreement between Azito O&M and Azito Energie.

About GE
GE (NYSE: GE) (www.GE.com) is the world’s Digital Industrial Company, transforming industry with software-defined machines and solutions that are connected, responsive and predictive. GE is organized around a global exchange of knowledge, the “GE Store,” through which each business shares and accesses the same technology, markets, structure and intellect. Each invention further fuels innovation and application across our industrial sectors. With people, services, technology and scale, GE delivers better outcomes for customers by speaking the language of industry. www.GE.com

About GE Power
GE Power (www.GEpower.com) is a world energy leader that provides technology, solutions and services across the entire energy value chain from the point of generation to consumption. We are transforming the electricity industry by uniting all the resources and scale of the world’s first Digital Industrial company. Our customers operate in more than 150 countries, and together we power more than a third of the world to illuminate cities, build economies and connect the world.
For more information, visit the company’s website at www.GEpower.com