This is fundamentally different from the power issues typically observed in more developed markets, so it’s hardly surprising when power conversion electronics designed for developed markets commonly fail when used in their emerging counterparts.

So what’s the solution? The first step is to identify the most commonly recurring causes of component or system failures due to bad power in emerging markets. These can be grouped in to the following five disturbance categories, all of which need to be addressed by equipment vendors in order for power conversion electronics to be able to perform consistently over an extended lifetime:

Disturbance Area A – voltage spikes of 2 μSeconds or less
These typically result from on/off switching of large loads at some distance from the rectifier. Common examples of such loads are pumps and air-conditioning systems. This type of disturbance can also come from lightning surges causing voltage spikes on incoming power lines.

Disturbance Area B – voltage spikes of up to 100 μSeconds
These can be caused, for example, by induction between closely routed aerial power lines or accidental direct contact between power lines feeding the rectifier. Such direct contact can be due to wind or occur as a result of power line tampering.

Disturbance Area D – voltage spikes up to 10 mSeconds
Accelerated aging in extreme outdoor conditions can cause faults in genset magnetising control circuits. We have observed voltage spikes of up to 500V in Africa (Tanzania).

Disturbance Area beyond D – slow voltage swells and sags lasting tens of seconds to minutes
These often result from improper generator RPM/speed control or severe AC grid load imbalance in remote locations. Such imbalances can occur when voltage drops in long under-dimensioned cables, which often is caused by grid voltage variation from voltage stabilisers during connection, disconnection and other faults.

These power issues are not new phenomena. On the contrary, they have been well known for decades. However, current regulatory requirements only concern themselves with a very narrow region in Disturbance Area A while offering no guidelines at all relating to Disturbance Areas B, C and D. This leaves a lot of room for non-recoverable rectifier failures from many commonly experienced and entirely predictable AC disturbances. And this, in a world where solutions to overcome these issues are entirely feasible, is totally unacceptable.

It is clear that power conversion electronics designed for indoor applications in developed markets are wholly inadequate for emerging markets. Therefore, to deliver on the promise of long product life in emerging markets, it is important to take a holistic view of the types of bad power discussed above and to appropriately plan for them with electronics components specifically developed, from the ground up, for use in emerging markets. In our view, it is time for suppliers to take these problems seriously. 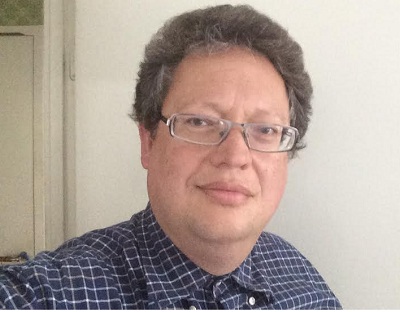 Anders Hansson
Anders Hansson is Power Solutions Manager at Flexenclosure, a designer and manufacturer of prefabricated data centre buildings and intelligent power management systems for the ICT industry. Mr. Hansson has more than 15 years of experience from global positions in the ICT industry, including roles at Emerson and VNL. Mr. Hansson has a Master of Science (MSc), Electrical and Electronics Engineering, from KTH Royal Institute of Technology. See www.flexenclosure.com.

Tomas Rahkonen
Tomas Rahkonen is Chief Technology Officer & Vice President eCentre of Flexenclosure. Mr Rahkonen has more than 15 years of experience from global positions in the ICT industry, including roles at Ericsson and at Sony Ericsson. He has filed several patents and been a member of the Sony Ericsson patent board. Mr. Rahkonen holds a Ph.D. in Industrial Control Systems from the KTH Royal Institute of Technology in Stockholm, Sweden. See www.flexenclosure.com.