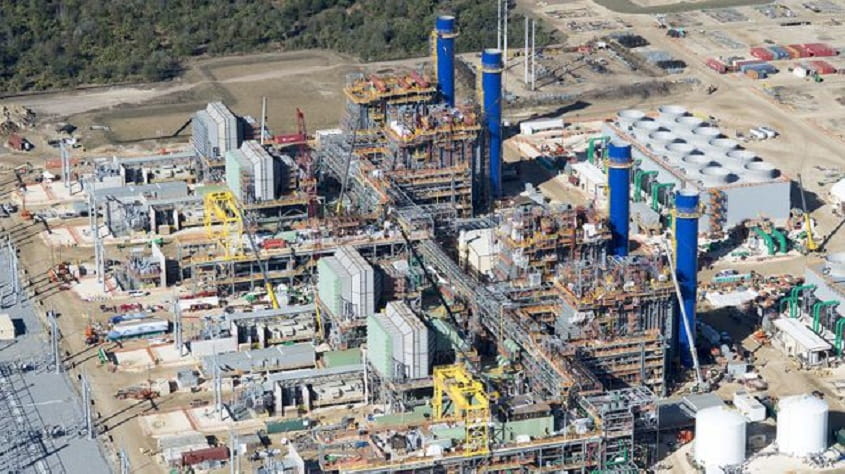 Duke Energy Florida will commission both units of its new 1,640-MW Citrus gas-fired combined cycle power plant  by the end of 2018.

The company on April 3 said the 820-MW Unit 1 will come online in September, with a second 820-MW unit entering service in November. Construction of the $1.5 billion plant began in March 2016.

The company said that once the new plant is in operation, it will retire its two coal-fired units at the Crystal River Energy Complex site in Crystal River in Citrus County. The company said those units, with total generating capacity of 915 MW, began operating in 1966 and 1969, respectively, and represent half of Duke’s remaining coal fleet in Florida.

The new Citrus plant also replaces lost generation from the retired 860-MW Crystal River Nuclear Plant.Duke also has said it will invest in new solar power plants and battery storage technology to further diversify its generation portfolio over the next decade.

Natural gas for the new Citrus facility will come from the $3 billion Sabal Trail Transmission pipeline, which runs from Alabama through Georgia and ends in Central Florida. Duke Energy holds a $225 million, or 7.5%, ownership stake in the pipeline. Sabal Trail is one of three gas pipelines used by Duke to supply its Florida facilities.

Duke Energy Florida also Tuesday filed a request with the Florida Public Service Commission (PSC) to recover investment costs associated with the plant. If approved by the PSC, the base rate for residential and industrial customers would rise 2.5% to 3.5% beginning in October to help pay costs associated with Unit 1, and the base rate would jump 1.5% to 2.1% for customers beginning in December to pay for Unit 2.

The new plant has four G-series combustion turbine generators from Japan’s Mitsubishi Hitachi Power Systems. Duke Energy in a statement Tuesday said the plant will further its program to decrease emissions of carbon dioxide (CO2), sulfur dioxide (SOx), and nitrogen oxides (NOx). Duke Energy Florida said that since 2005, it has cut CO2 emissions by 21%, SOxby 91%, and NOx by 75% in the state.

“Our customers expect and deserve cleaner energy, and building highly efficient natural gas infrastructure is critical to delivering on our commitment to a low-carbon energy future,” Harry Sideris, Duke Energy Florida president, said in a statement. “Natural gas is also an important part of our modernization strategy to continue delivering energy that is cleaner while meeting the growing energy needs of Floridians. More than ever, we are determined to make smarter energy investments that will benefit our customers and build the cleaner energy future we all want.”

The Citrus plant sits on about 200 acres of Duke’s 5,100-acre Crystal River site, which also includes the shuttered Crystal River Nuclear Plant, which began operations in 1977. The plant went offline in September 2009 for scheduled maintenance and refueling, but while replacing two 500-ton steam generators, engineers discovered a delamination, or separation of concrete, within the containment building that surrounds the reactor vessel. Repairs were successful, but more delamination was found in two other areas of the containment building in 2011.

The plant at the time was owned by Progress Energy, which was acquired by Duke in 2012. Duke in February 2013 said it would retire the nuclear plant rather than make further repairs.