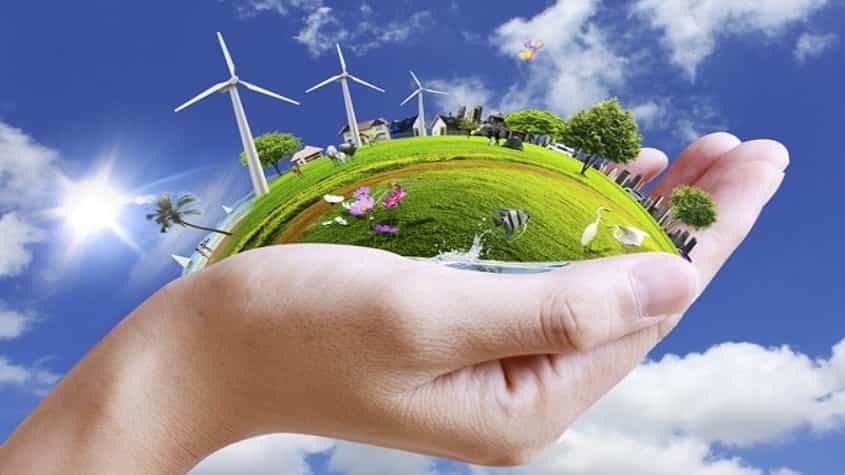 Africa’s energy supply is in crisis, a result of crumbling infrastructure, a rapidly growing population and the pressure of climate change. The crisis will not be solved by conventional means. And certainly not by increasing regional tension, as Donald Trump did with an unconsidered remark at the end of October, when he opined that Egypt might blow up a dam in Ethiopia at the heart of a geopolitical dispute. Instead, it is time for innovative solutions: building transnational energy projects involving a combination of fossil-energy plants, green-energy infrastructure and nuclear power. This might all sound like a pipe dream, but it isn’t if the will is there. And there is no choice but to find the will.

First, that dam. The Grand Ethiopian Renaissance Dam has been an ongoing source of tension among Ethiopia, Sudan and Egypt for all the wrong reasons. The dam could transform Ethiopia into an energy exporter. But as it is being filled, it would also limit the flow of the Nile to Egypt and Sudan. Putting aside Trump’s remarks, the dispute ironically highlights the need for regional power generation (and cooperation).

The economic cost of Africa’s growing power challenges is immense. The path forward needs to be nothing short of revolutionary. The solution lies in power plants designed to supply entire regions. But how and in what form?

Start with the “what”. Clearly, it must be sustainable. But wind and solar have obvious drawbacks of sustained output. Nuclear would address those issues and provide clean, cheap power. But with many African states politically unstable, the continent does not inspire confidence of security and non-proliferation. Until a mix of wind, solar and nuclear can be built up to meet current and future needs, the continent requires quick answers.

The best way to address this would be to build a fleet of modern, cleaner (but clearly not clean) fossil-fuel plants that would eventually be phased out as solar, wind and nuclear come on line with sufficient capacity. The immediate objection is that surely the point is to reduce carbon emissions, not add to it.

Africa contributes 3.8 per cent to global greenhouse emissions – compared to China, the US, the European Union at 23, 19 and 13 per cent respectively. If current options are successfully pursued by individual African countries, the continent’s emissions would rise to around 5 per cent of global share.

But a clear-eyed plan for new, cleaner fossil-fuel plants supplying transnational regions can arguably have lower carbon-emission rates. In the meantime, plans can be put in place to build out sustainable power plants.

How to achieve this is can be even more interesting. The UAE, a major oil and gas producer, is also at the forefront of carbon-neutral solutions for the future. Perhaps a consortium involving the UAE, Saudi Arabia and other transitioning oil producers can be convinced to finance and build out the energy future of Africa. They have the capital and relationships with global engineering firms to build fossil-fuel powered plants, and can then provide feedstock at lower-than-market rates, balanced against the income the plants would generate.

The UAE might then lead the next phase, with help from South Korea. It is at the forefront of sustainable-energy research, for one thing. It also operates a nuclear power plant built by Seoul’s Korea Electric Power Corporation or Kepco.

Indeed, the UAE, as an internationally trusted nuclear-power producer, can bring its non-proliferation best practices to Africa. And as a friend to African countries without the colonial baggage of the West or, more recently, the fraught relationship the continent has had with China, the UAE can partner African nations to ensure security. After building the UAE’s nuclear power plant, South Korea is eager to expand its nuclear portfolio into non-traditional markets. A fleet of nuclear power plants could be priced according to the benefits from an economy of scale.

For Gulf Arab countries, investing in Africa would ensure continuing sale of their hydrocarbon as the West and Asia reduce their use of oil and gas; this would then transition to an income stream from renewal energy. For Africa, it means the investment and supply of power at low cost and eventually at low carbon-emission rates. As part of an overall carbon reduction strategy, Gulf power investors might be induced to finance climate-change mitigation projects throughout the continent to address the greenhouse-gas output of the initial fossil-fuel plants.

With an array of foreign-built and operated power plants providing energy to countries across the continent, African economies would remove a major impediment to growth.

This is, admittedly, still a rosy forecast. Nationalism runs deep across the continent, and it showed itself in the ongoing dispute over the Ethiopian dam project. Recent oil discoveries in South African territorial waters, as well as large natural gas deposits in Mozambique, could stymie regional tie-ups. Despite the obvious challenges, however, Africa needs an out-of-the-box solution before the twin factors of climate change and rapid urbanisation force it to take more aggressive action. The continent is home to one of the youngest populations globally and has exceptionally high rates of urbanization. Power needs are only going to increase over time and there is no viable solution to the energy crisis.

In the absence of a continent-wide approach, individual countries will be forced to take reckless actions (such as damming transnational rivers) or to accept outside help on less-than-favorable terms. It is thus imperative that Africa creates the political will necessary to facilitate a continental power solution. Africa’s future sits in African hands, but that doesn’t mean it can’t accept help from friends that recognize mutual interests.